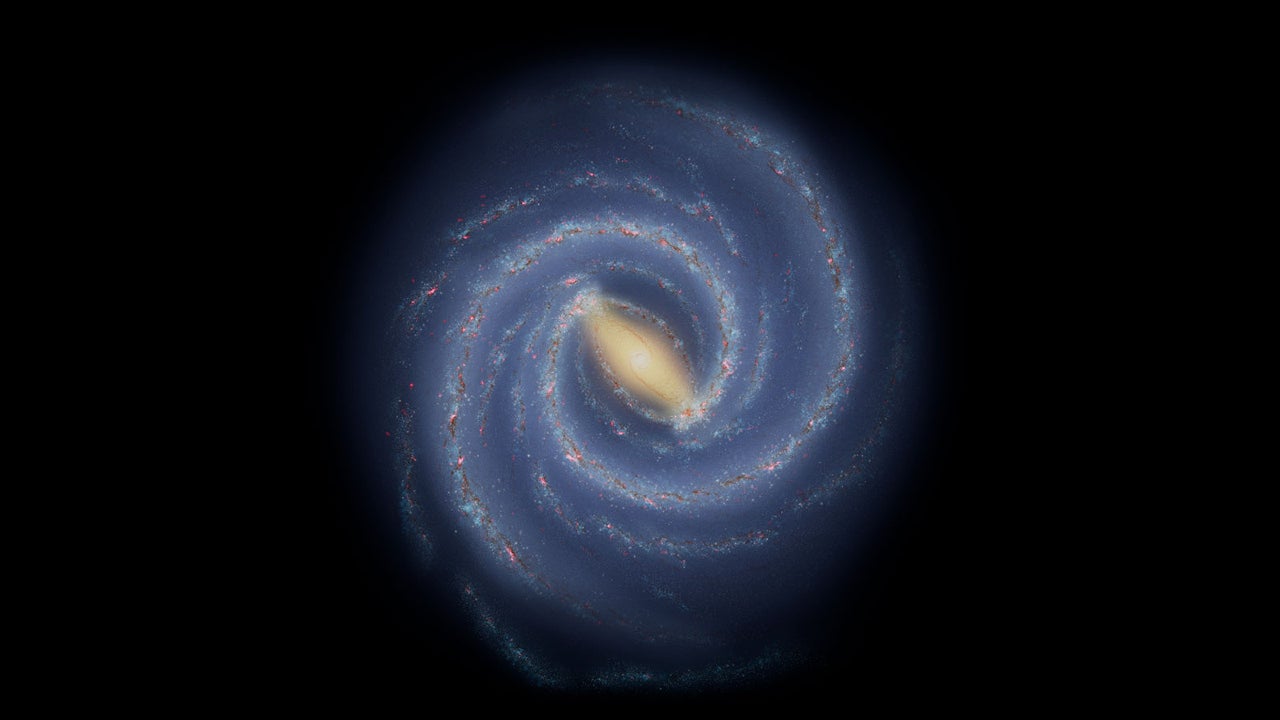 A nearby galaxy collided with the Milky Way millions of years ago, and our galaxy is still ‘rippling’

Whenever we see a beautiful, quiet pond, our inner child is practically begging us to find the perfect little pebble and strategically throw it into the body of water. If we’re lucky, we can see it bouncing around the surface of the pond several times, creating ripples as we go before finally sinking to the bottom.

We guess the idea of ​​that little rock creating ripples in the otherwise placid pond appeals to us. But what if we told you that similar ripples also pass through our home galaxy, the Milky Way?

A group of researchers from Lund University in Sweden, using data from the European Space Agency’s Gaia Space Telescope, recently revealed that significant parts of the Milky Way’s outer disk are vibrating! And these ripples were created by none other than our neighboring Sagittarius dwarf galaxy as it passed hundreds of millions of years ago.

The impact was what you would expect if a dwarf galaxy as big as 400 million suns was thrown into a galactic basin more than 100,000 light years in diameter.

“We can see that these stars are wobbling and going up and down at different speeds. When the Sagittarius dwarf galaxy passed the Milky Way, it created wave motions in our galaxy, much like when a stone falls into a pond,” said Paul McMillan, study leader and astronomy researcher at the Lund Observatory.

While the collision itself happened hundreds of millions of years ago and doesn’t really affect us, our galaxy is still teetering. And in order to fully understand what happened, astronomers simulated the “ripples” through a procedure known as galactic seismology.

Previous research has established that our galaxy definitely ripples, but this is the first to demonstrate that their effects extend to its outermost regions, suggesting that the smaller Sagittarius galaxy was once much larger than it is not now.

“Right now Sagittarius is slowly tearing apart, but 1-2 billion years ago it was much larger, probably about 20% of the mass of the Milky Way’s disk,” Paul said.

Meanwhile, this study supports the idea that during the universe’s existence, the Milky Way and Sagittarius galaxies have actually collided more than once. It also offers a new and intriguing perspective on the formation of our galaxy and its neighbors. By looking at past collisions, we can hopefully better anticipate those that may occur in the future.

The Gaia telescope, operational since 2013, has studied the movements of more than 20 million stars in the Milky Way by tracking and comparing their positions. And this study was only made possible thanks to the contributions of the telescope.

The findings of this study are detailed in the Royal Astronomical Society Monthly Notices and accessible here.

For weather, science, space and COVID-19 updates on the go, download The Weather Channel app (on the Android and iOS store). It’s free!