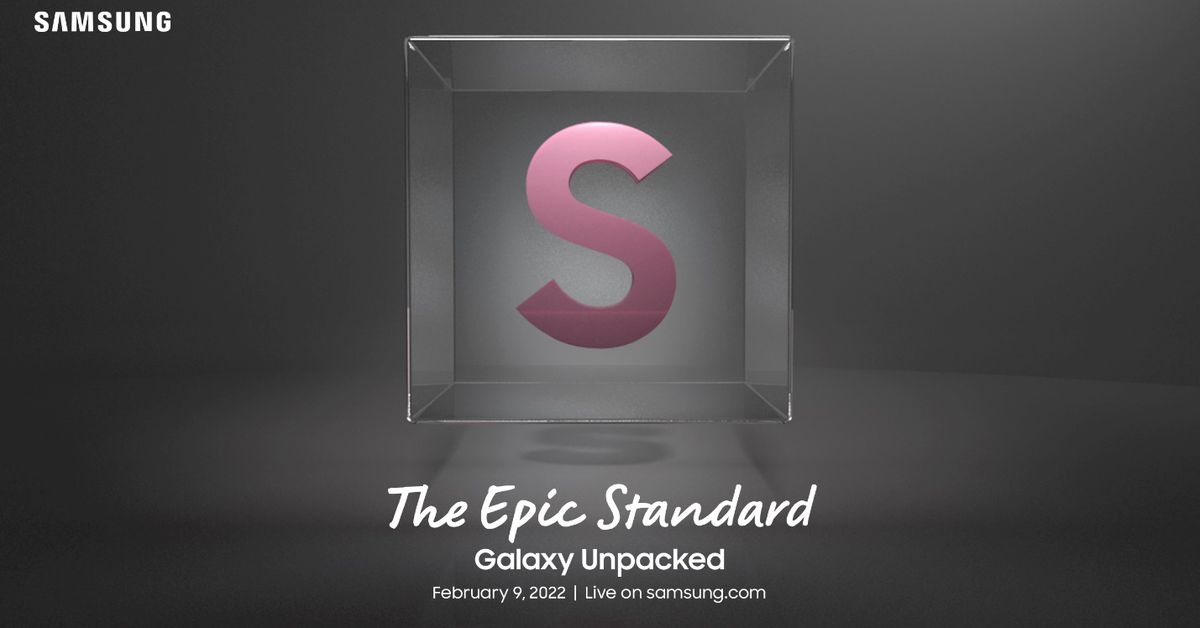 Samsung is hosting its Unpacked event on Feb. 9 at 10:00 a.m. ET / 7:00 a.m. PT, where it’s expected to announce its Galaxy S22 line of phones, alongside new Tab S8 tablets. Leaks and rumors (and clues from Samsung itself) make it seem unlikely we’ll see a new Galaxy Note, but we could see an S22 Ultra that looks more like Note than ever.

Compared to the refurbished Ultra, upgrades to the S22 and S22 Plus are likely to be more iterative: improved cameras, brighter screens, and more. Samsung typically uses two different chipsets for the Galaxy S series, and rumors suggest that North America will have the latest flagship Snapdragon chip, while in Europe Samsung will likely include its own Exynos 2200, which includes RDNA 2d graphics. ‘AMD.

Samsung also looks set to launch an updated Tab S8 series of tablets, given a leaked press release and an image of the tablet that appeared on Samsung’s own site. The Plus and Ultra versions of the tablets will likely have OLED screens, including a notch on the Ultra. The press release also states that Samsung will launch keyboards and a pen accessory to accompany the Ultra.

Whether you’re on the hunt for a new phone or tablet, or just want to see if Samsung is going to do anything completely unexpected this year, you can catch up on all the news from the event. Unpacked from this year here.