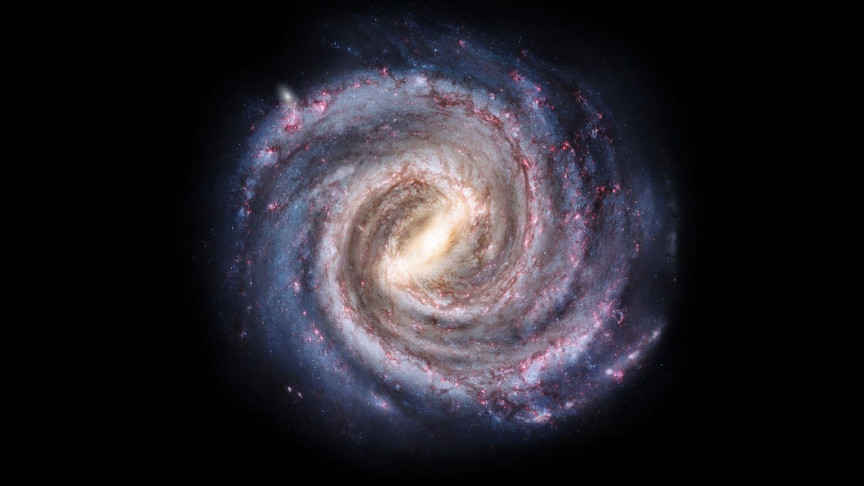 Astronomers will reveal groundbreaking results about the center of our galaxy

If the Event Horizon Telescope (EHT) sounds familiar, it’s because its team was responsible for a pretty impressive achievement. In 2019, the team released the first-ever image of a black hole’s event horizon, a stunning development that, at the time, marked an incredible milestone for radio astronomy and physics.

Now, the EHT, in collaboration with the European Southern Observatory, plans to announce “groundbreaking results” from the center of our galaxy, according to a statement published Thursday by the EHT. “The U.S. National Science Foundation with Event Horizon Telescope Collaboration will hold a press conference to announce a groundbreaking discovery in the Milky Way,” reads the press release.

A new discovery not yet revealed

What could this new discovery be? Well, EHT wasn’t just studying the supermassive beast at the center of the Messier 87 galaxy dubbed M87, which produced the first-ever image of a black hole.

The organization was also investigating the supermassive black hole at the center of the Milky Way known as Sagittarius A, or Sgr A. This black hole is about 4.3 million times more massive than the sun and is only 25 000 light years from Earth.

Compared to M87, Sgr A is much closer and smaller. (M87 is about 6 billion times more massive and about 50 million light-years from Earth.) You might think the closer distance makes it easier to inspect and draw fairly accurate conclusions.

However, Sfr A was actually more difficult to study than M87 because there is much more cosmic gas and dust that thwarts the activities of radio telescopes when looking at celestial objects near the core of our home galaxy. Could EHT have overcome this hurdle somehow to produce another image of another black hole?

Of course, that’s just a guess. No one knows for sure what the next EHT announcement will reveal and if it will indeed be a photo of Sgr A. We’ll have to wait until May 12 to get that answer at the scheduled press conference of the EHT. ‘EHT. What we do know, however, is that it will be exciting and possibly game-changing.

2022-04-30
Previous Post: The Google Pixel Watch could beat the Galaxy Watch4 in terms of battery life
Next Post: Flashback: Samsung Galaxy A9 (2018), the world’s first phone with four cameras on the back