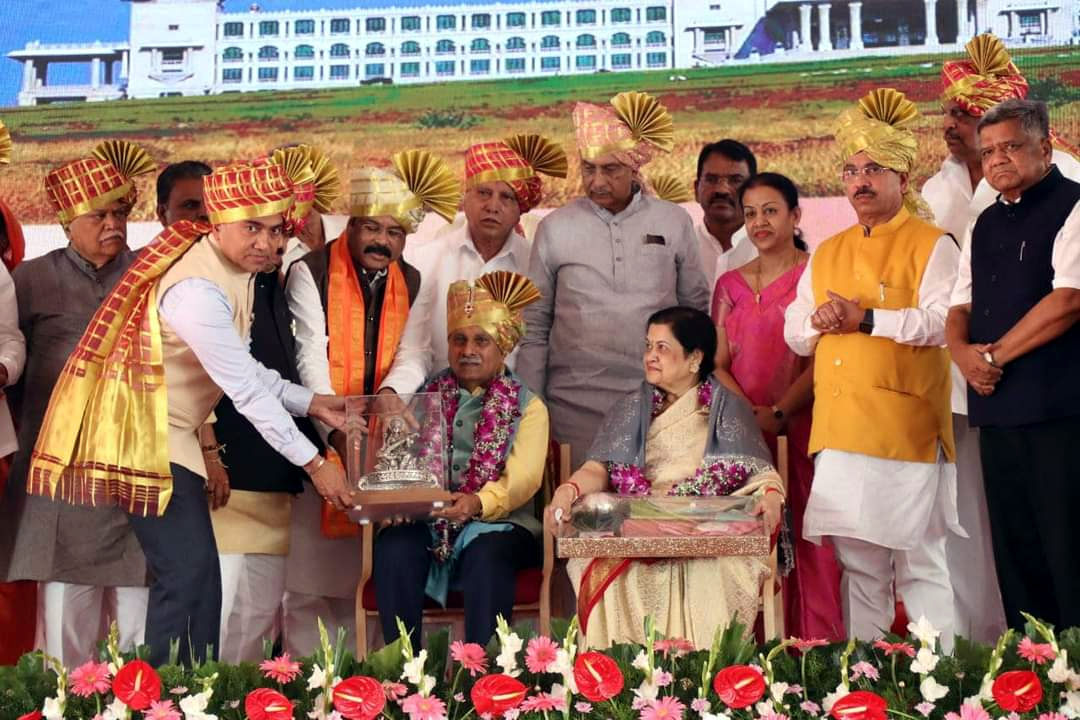 Goa Chief Minister Pramod Sawant was among the galaxy of leaders to congratulate KLE Society President Dr Prabhakar Kore during his celebrations of Amrit Mahotsav at a gigantic gathering at the district stadium here Saturday.
Union Education Minister and Skills Development and Entrepreneurship Minister Dharmendra Pradhan was the chief guest, while others included Karnataka Chief Minister Basavraj Bommai and leaders from Maharashtra, Karnataka and Goa.
Stating that Dr Kore was not a person but an institution, Union Minister Dharmendra Pradhan said that Dr Kore is a living institution and a grassroots movement, which has transformed society not only in Karnataka but across all the countries.
“Dr. Kore’s philosophy of taking education to a new level through his group of institutions adheres to the National Education Policy, which aims to bring the best of education to every corner of the country,” said said Pradhan, praising Dr. Kore’s role. .
Delivering his speech in Marathi, the Chief Minister of Goa, Pramod Sawant, underlined a strong bond between Goa and the people of Belagavi. He also praised the contribution of KLE Society in building the careers of thousands of students in Goa.
“When Goans had questions about higher education, KLE was an answer. I would like to acknowledge the valuable contribution of the people of Belagavi during the Goan liberation movement.”
“At the same time, I also appreciate the contribution of Dr. Prabhakar Kore and the KLE Society who have trained a large number of doctors, engineers, physiotherapists and other professionals who practice successfully in Goa.”
“KLES’ sprawling campus is a gift to the people of three states,” said Dr. Sawant, acknowledging Dr. Prabhakar Kore’s services and visionary efforts. He also congratulated Dr. Kore on behalf of the people of Goa.
Former Goa Chief Minister Churchill Alemao also congratulated Dr Kore and wished Dr Prabhakar Kore to celebrate his centenary.
“I highly salute Dr. Kore’s monumental contribution to education, agriculture, health services and the cooperative movement,” Alemao said.
Union Minister for Parliamentary Affairs Prahlad Joshi, former Karnataka CM BS Yediyurappa, Maharashtra Minister for Revenue and Livestock Radhakrishna Vikhe Patil, former Karnataka Minister RV Deshpande and others also took the floor.
Dr. Kore was also weighed in with books to mark the occasion.

Churchill’s presence draws attention
BELAGAVI: The presence of former Goa Chief Minister Churchill Alemao at the congratulations of KLE Society President Dr Prabhakar Kore in Belagavi drew considerable attention on Saturday.
The South Goan heavyweight, who has a large number of friends and supporters in Belagavi, also made his presence felt through the short and crisp speech in his typical English.
The affection between Dr. Kore and Alemao was visible as the two shook hands with warmth and respect for each other.