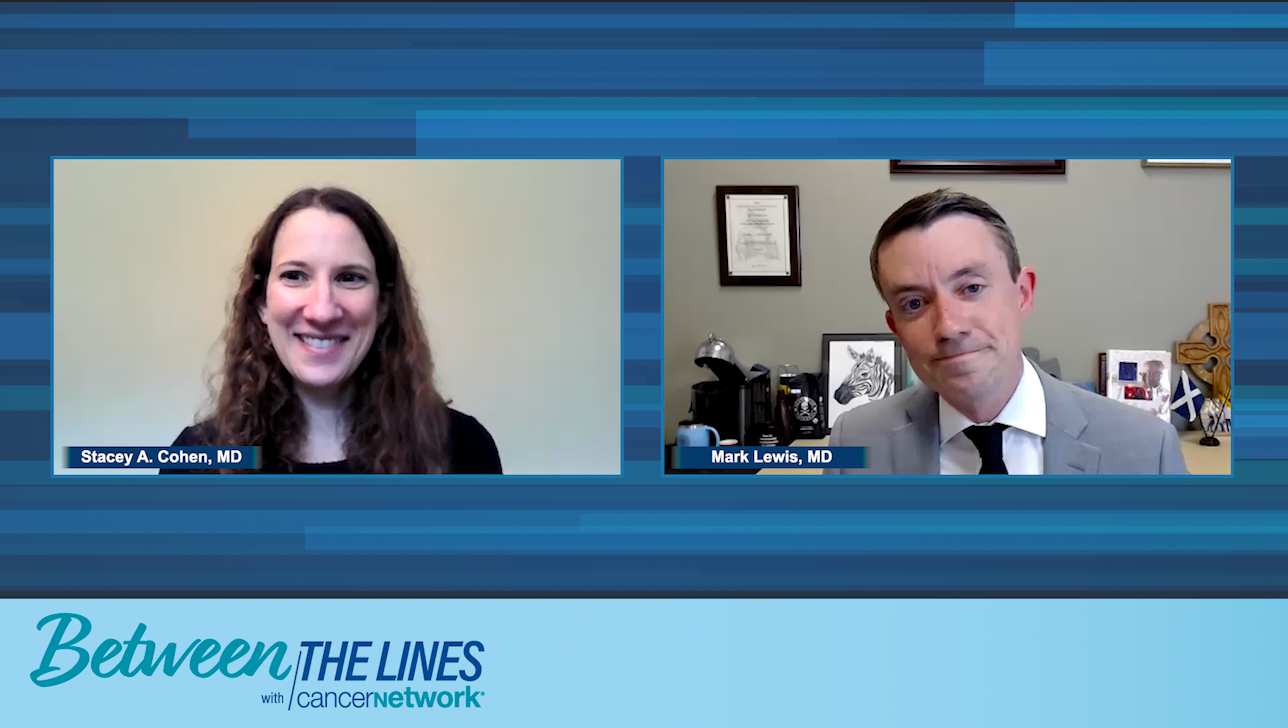 DFS by ctDNA status at weeks 4 and 12 after surgery

Mark Lewis, MD: There is a lot to understand on this slide. I’ll tell you what I’m taking away, Dr. Cohen. I think what’s most fascinating, although in a very small group, the positive to negative means that that initial positive signal can actually be overcome and maybe we’ll see on the next slide why. In fact, Dr. [Masahito] Kotaka [MD, PhD]when he summed up GALAXY at ASCO GI [American Society of Clinical Oncology 2022 Gastrointestinal Cancers Symposium] called the dynamism here. It basically says your positive signal at 4 weeks doesn’t have to be a persistent negative prognosis, it’s something we could actually affect. Really, this goes into all the clinical logic behind adjuvant chemotherapy. I’ll be very honest with you, when I started my oncology training and the concept of adjuvant therapy was explained to me, I thought it was going to be a very hard sell to patients. Often what will happen is that they come to my clinic and have a colorectal surgeon say to them, often very well meaning, “We got it all figured out.” This means clean resection margins in the OR, but then we know there can be MRD [minimal residual disease]. It’s just that until now these tests weren’t readily available. [where] we could measure MRD and know who we were most likely to benefit from adjuvant chemotherapy and even now I’m making some leaps of logic. It’s fascinating to me to see that there is a positive to negative cluster between the 4 and 12 week time points and then people who go negative have 100% disease-free survival at 6 months. I just think it’s absolutely remarkable.

Stacey A. Cohen, MD: What I take away from that is always that every time you see something so perfect, you always question the data a little bit. So, what also crossed my mind, let’s think at the time, it’s 6 months. If you look at the other observational studies, they note a delay of about 8-9 months from the time of ctDNA detection [circulating tumor DNA] until recurrence. We also don’t know what the imaging surveillance schedule was here. Yes, I’m not very surprised that a negative patient is disease free at 6 months after surgery, but I would be very interested in what has been done. Were additional CT scans done for this patient because they were initially positive? Haven’t they had a scan yet? It would be perfectly acceptable not to scan them for a year. On what basis do we consider them disease free? I will be interested as this data matures and there are likely to be more events in the positive to negative group. I think it’s interesting, but I’m going to be a little more cynical about it.

Mark Lewis, MD: Great point. Every oncologist is an optimist at heart, but you’re absolutely right to hold back your enthusiasm until we see more data.