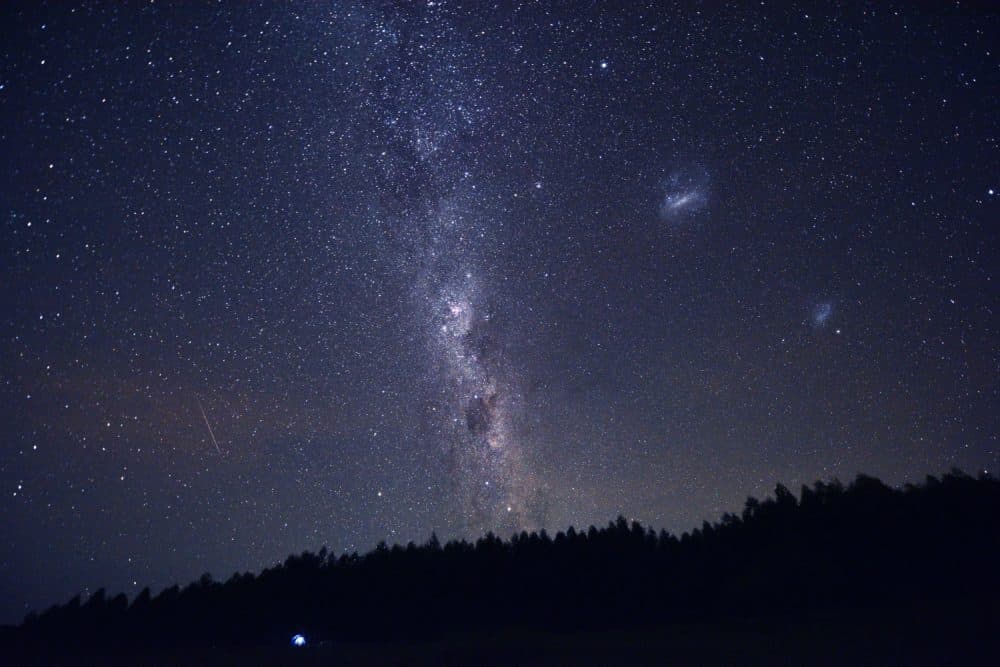 Explore the origins of the Milky Way galaxy

A new analysis by two astronomers from the Max Planck Institute for Astronomy in Heidelberg, Germany, sheds light on the dramatic early years of the Milky Way.

By determining the age of individual stars in the galaxy, astronomers Hans-Walter Rix and Maosheng Xiang found that the thick disk stars in the Milky Way began to form 13 billion years ago, 2 billion years earlier than scientists thought and only 0.8 billion years after the Big Bang. The findings provide new information about the origins of home Earth.

Stars form when gas settles in a disk and parts of it collapse. The new research indicates it started happening in the Milky Way just after the Big Bang, Rix says.

“We can now with telescopes see other galaxies very, very far away where light took 13 billion years to come to us. And we see that they have started to form stars,” says he. “It’s really gratifying that in our own cosmic home we can see that we are also the same head start as other galaxies.”

In the cosmos, galaxies are like big cities where everything happens, says Rix.

“Stars are born. Planets form. And like big cities, galaxies weren’t born overnight,” he says. “Like Rome, our own Milky Way has a very long history that goes back a long way.”

Next, Rix and Xiang want to date the stars that emerged from the satellite galaxy intrusion and use that information to piece together the origin story of the Milky Way.

“Imagine suddenly knowing all the ages of the ruins of Rome much more precisely,” he says. “That doesn’t tell you the story yet.”

Kalyani Saxena produced and edited this broadcast interview with Todd Mundt. Allison Hagan adapted it for the web.