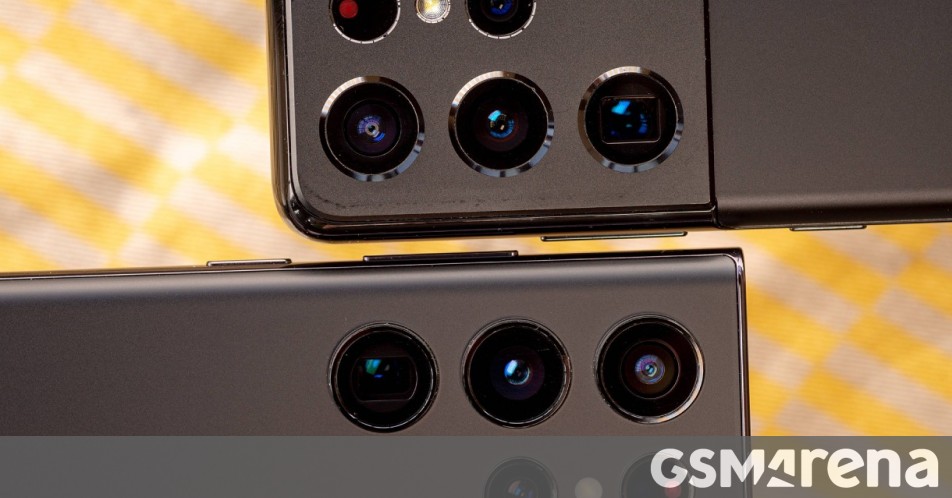 The Samsung Galaxy S III was released in May 2012, ten years ago. The Series S has evolved significantly over the last decade and we wanted to try and quantify that evolution. Since there’s a lot to cover, we thought we should keep it simple and focus on the camera today.

The third generation S-phone arrived with a single 8MP camera on the back and a 1.9MP selfie camera on the front. This was before the days of multi-camera setups, OIS, etc.

In fact, OIS won’t appear until 2015 and the Galaxy S6. Then in 2018 the Galaxy S9+ brought the series’ first telephoto lens, the following year’s Galaxy S10 5G added an ultrawide camera.

A quick note – the Galaxy S10+ also had an ultra-wide camera, but we’re only looking at the top model from each generation. And in 2019, it was the S10 5G, which added 3D ToF sensors on the front and back. It didn’t last long and Samsung eventually reverted to the computational approach to measuring distance to objects. Another short-lived feature was dual aperture – the Galaxy S8+ and S9+ could switch between f/2.0 for daytime shots and f/1.5 at night.

These two are responsible for another short-lived trend, the iris scanner on the front. This was used for biometric authentication, but was dropped in the S10 generation when under-display fingerprint readers became available.

The following year, the first Galaxy S phone with a periscope arrived (the likes of the Galaxy S4 zoom don’t matter – it wasn’t a periscope-style lens and, if we’re being honest, it was more of a camera than a telephone).

The Galaxy S20 Ultra had a periscope with a 103mm focal length or 4x optical magnification. This was double what previous telephoto lenses offered, but it created too wide a gap for the main sensor to fill with digital zoom. So with the Galaxy S21 Ultra forward, Samsung used both a standard telephoto lens (now at 3x) and a periscope.

There’s a lot of data to cover, even for the camera alone, so we’ve put it all in a table to summarize how the Galaxy S series has evolved over the last ten years and we’ve included some graphs to visualize the progress.