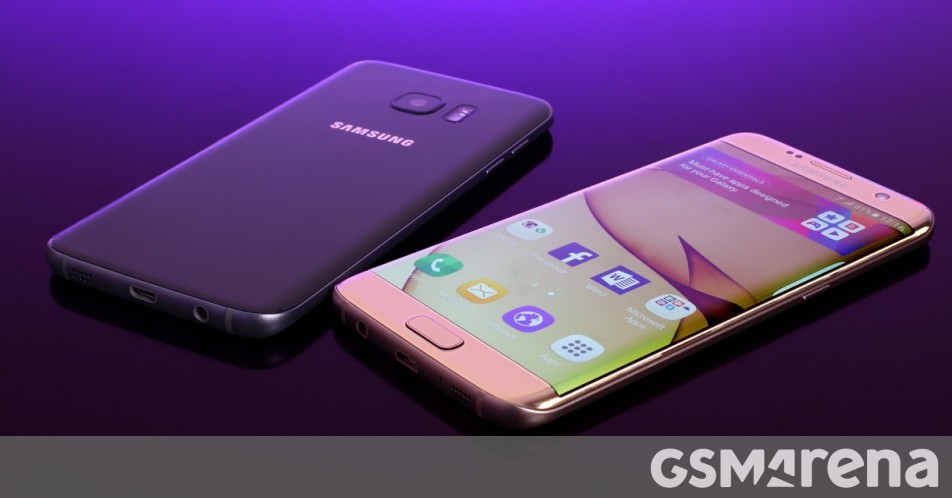 Flashback: Samsung Galaxy S7 and S7 edge corrected mistakes of the past

In a previous article, we discussed how the Samsung Galaxy S6 was a step in the right direction, but also two steps in the wrong direction. The phone sold well, despite criticism from critics and fans, but a course correction was needed. Today we wanted to cover the Samsung takeover with the Samsung Galaxy S7 series.

Some choices were simple, engineers just hit the proverbial undo button on a few things. No microSD card slot? It’s back now. No water resistance? It’s even better than before – the S5 only had an IP67 rating, the S7 phones would go all the way up to IP68. And that was without the annoying flap over the USB port. That was another thing, that microUSB 3.0 wasn’t well received, so Samsung reverted to microUSB 2.0.

The microSD slot has returned as well as the microUSB 2.0 port

Non-removable battery? Well, okay, that change hasn’t been rolled back. USB-C would have been better because it was already in 2016, moreover, Samsung forgot to add MHL. At least it’s given up on the pursuit of thinness that started with the Galaxy Alpha. This allowed it to fit a larger 3000mAh battery in the S7 (compared to 2550mAh in the S6 and 2800mAh in the S5).

As we mentioned last time, some design decisions from the S6 have been retained, including the glass and metal sandwich as well as the overall design of the phone. The S7 wasn’t just about fixing the mistakes of the past, it also brought significant improvements.

For the vanilla Galaxy S7, Samsung stuck with a 5.1-inch diagonal and 1440p resolution for the Super AMOLED display (keeping it flat). A new addition was always-on display. It offered information at a glance at the expense of battery life – it sucked around 1% battery per hour. This brought the endurance rating from 80 hours to 49 hours, quite a big impact. 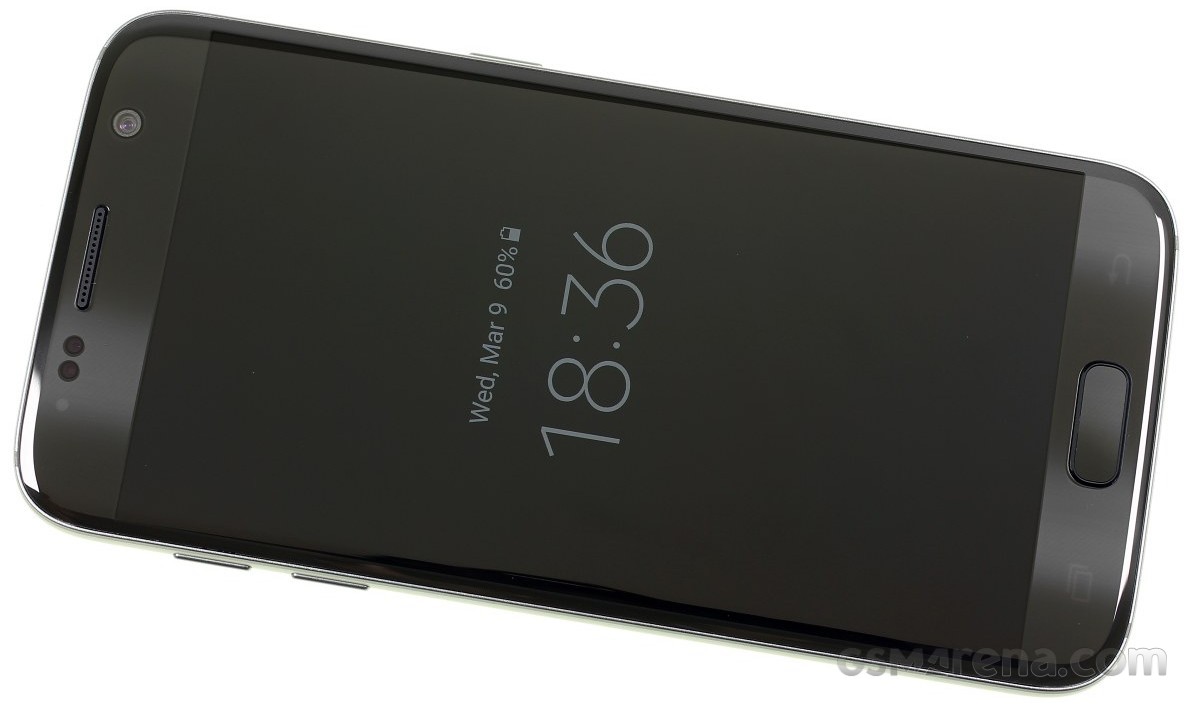 Still, you can disable AOD if you don’t care. Alternatively, you can use it but save battery by scheduling it to turn off overnight. Anyway, this was one of the design wins as AOD is now commonplace (luckily nowadays we have things like LTPO panels which help reduce power consumption) .

The Samsung Galaxy S7 edge continued the curved screen tradition of its predecessors, however, it chose a medium screen size of 5.5″. We say medium because the S6 edge was small at 5.1″. while the S6 edge+ was massive at 5.7″ – it was as tall as the Note5!

The rest of the hardware was essentially the same, except for the battery, which grew to 3,600mAh. This helped extend battery life, adding around 9 hours to the endurance rating with AOD on.

Next, let’s talk about chipsets – plural. For the US, Samsung went back to Qualcomm after the chipmaker recovered from the Snapdragon 810 mess – the 820 was a much better chip. However, for most of the world the company still used an internal chip, the Exynos 8890.

This chip was very promising because it featured a custom processor core called “Exynos M1”, codenamed “Mongoose”. Early indications were that it would blow its contemporary Snapdragon and Apple A chipsets out of the water. It indeed posted impressive benchmarks in our test, surpassing the iPhone 6s. However, the iPhone 7 was launched later that same year and reclaimed the crown for Apple. 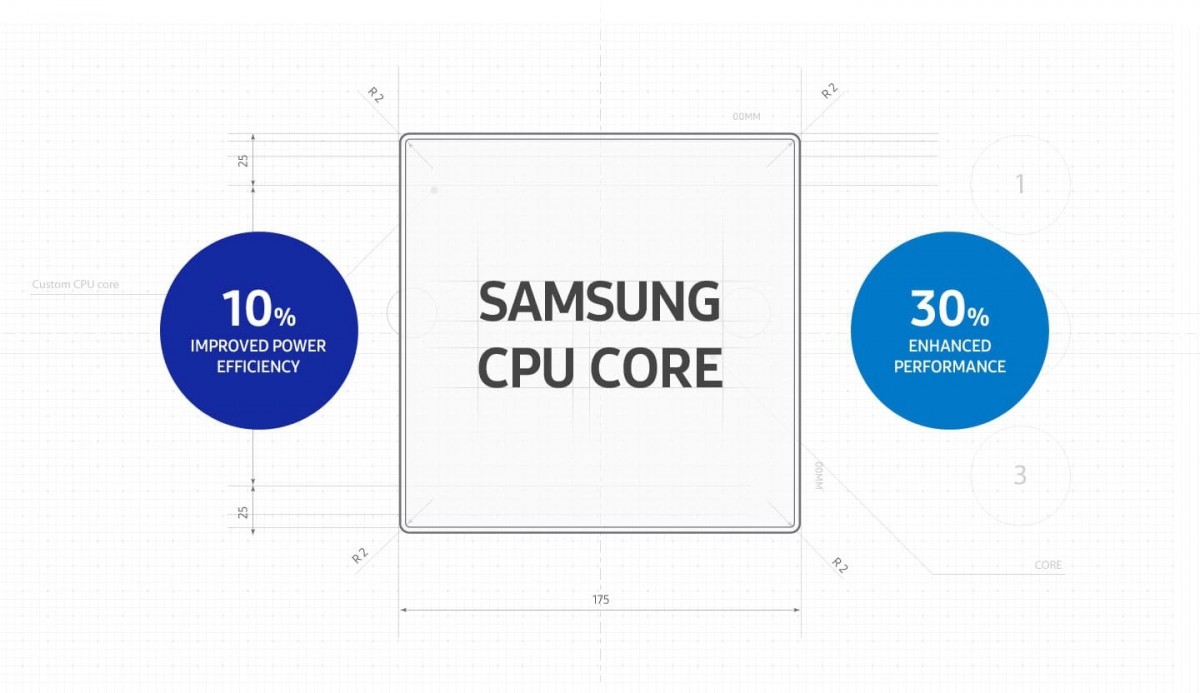 A heat pipe kept the phones running pretty cool, whether it was the Exynos 8890 or Snapdragon 820 version. The only time it got hot was when they were pushed to their limits with Gear VR. As for which chip was better, the update to Android 7.0 Nougat improved the performance of the Exynos enough to tip the scales in its favor over the Snapdragon.

Those were good days for Samsung’s custom CPU core division, before it started to lag behind ARM’s core designs. Here’s a bit of trivia – Qualcomm used to call their custom cores “Krait” (a poisonous snake), however, mongooses are immune to snake venom.

As for the software, the phones were launched with Android 6.0 Marshmallow. This was followed with 7.0 Nougat and 8.0 Oreo (but with some technical difficulties). Phones continued to receive quarterly security patches until 2019, support was discontinued in 2020, four years after launch.

Anyway, the Galaxy S7 camera has adopted a new technology called Dual Pixel autofocus. In short, this is a breakthrough in phase detection AF technology. A typical PDAF system has only a few focus points, but with Dual Pixel all pixels are focal points. This allowed for faster and more precise focus locks, even in the dark. 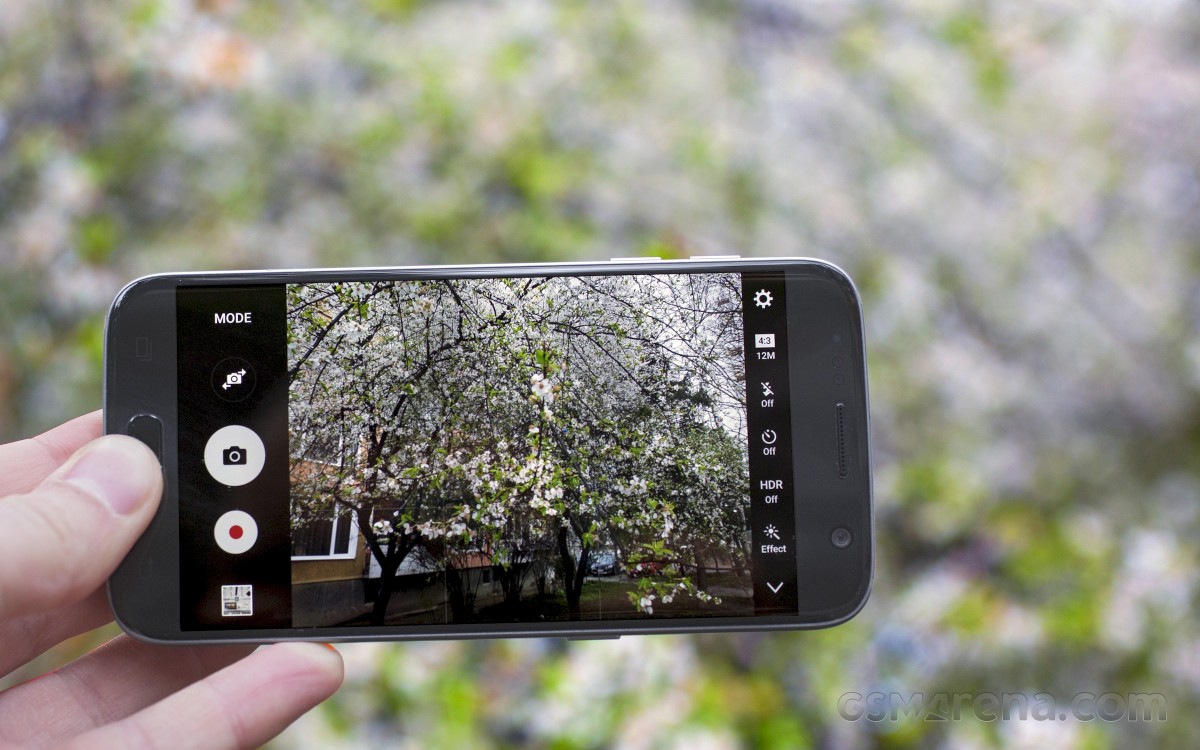 We will quickly move on to the Samsung Galaxy S7 Active. It launched in June 2016 and was exclusive to AT&T. Basically, it was an S7 inside a sturdy casing, more reliable hardware keys on the front (instead of capacitive), and a bigger 4000mAh battery.

Appearances can be deceiving, however. The Active wasn’t as tough as it claimed and it failed Consumer Reports test the water twice. Even more embarrassingly, its city siblings, the S7 and S7 edge, passed the test (30 minutes under 1.5m of water).

Samsung Galaxy S7 and S7 edge were warmly received by fans and broke sales records. The pair was released in March and the sales forecast was soon increased to 10 million for the first month. About a year after launch, the total sales figure had reached a respectable 55 million. The popularity of the S7 flagships pushed Samsung to post a profit. No matter what you think of the S6, it’s hard to deny that Samsung redeemed itself with the Galaxy S7. And the S8 was even better, but that’s another story.