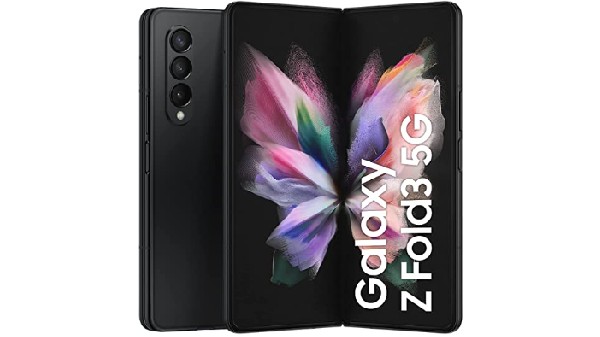 The Samsung Galaxy Z Fold 4 smartphone is expected to be officially unveiled in August this year. Ahead of the launch, we have already seen several renders and leaks related to the specs of the next-gen Galaxy Z Fold series offering. Now, the Galaxy Z Fold 4’s full specs have been announced by popular gadget tipster Yogesh Brar on Twitter.

According to the source, the Galaxy Z Fold 4 will arrive with a 7.6-inch QXGA+ AMOLED display on the inside with a 120Hz refresh rate. On the outside, the phone will have a smaller 6-inch HD+ AMOLED display. .2 inches with the same 120Hz screen refresh rate. Last year’s Galaxy Z Fold 3 also offered the same screen sizes, but with a few differences. Software-wise, the smartphone will boot Android 12 out of the box with OneUI on top.

Under the hood, the Samsung Galaxy Z Fold 4 will be packed in the recently introduced Qualcomm Snapdragon 8+ Gen 1 processor, compared to the Snapdragon 888 found on its predecessor. The handset is said to be offered in 12GB and 16GB RAM variants and 256GB and 512GB storage models. For imaging, the phone is expected to come with a 50MP triple rear camera module.

The main sensor of the Galaxy Z Fold 4 is expected to be accompanied by a 12MP wide-angle lens and a 12MP telephoto lens with 3x zoom capabilities. The source also claims that the new Z Fold series handset will come with a 16MP under-display selfie shooter on the outer display. Additionally, the device is expected to have a 4,400mAh battery, which will support 25W fast charging functionality.

If reports are to be believed, the South Korean tech giant has already started mass-producing the Galaxy Z Fold 4 and Z Flip 4. The company expects foldable smartphone sales to double this year, it therefore produces as much as twice the capacity of this year’s models. The brand is expected to produce over 10 million units of these devices combined by the end of this year.

2022-05-31
Previous Post: Spectacular Hubble Image Captures the ‘Great Spiral’ Galaxy
Next Post: There may be 4 evil alien civilizations in the galaxy