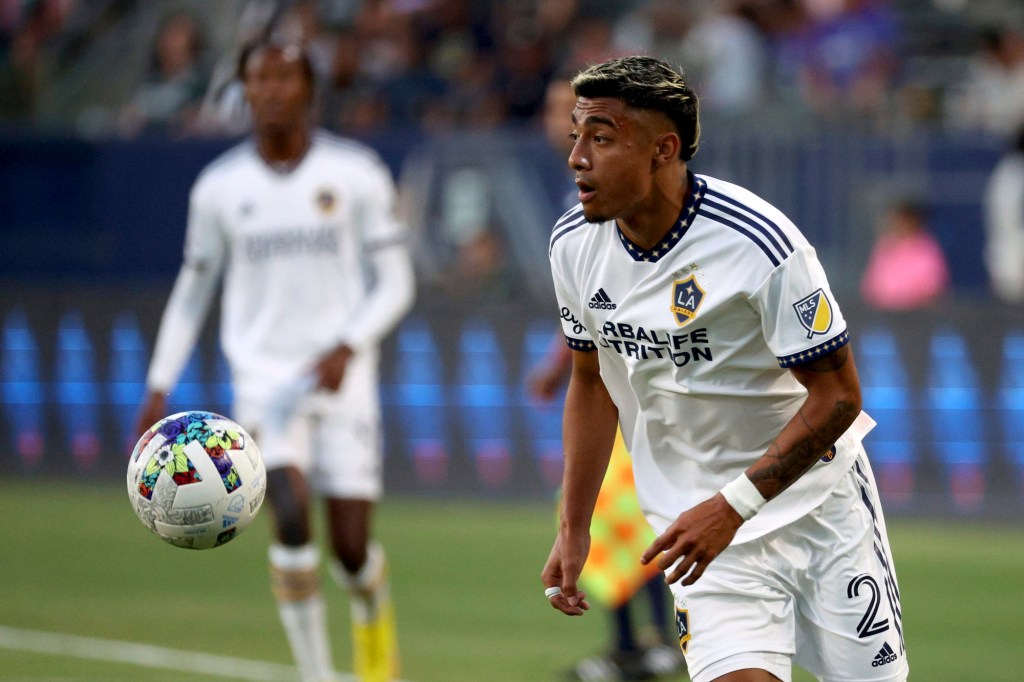 Galaxy defender Julian Araujo’s name has been linked with European clubs, but none are bigger than Barcelona.

Araujo heard the rumour, but the Galaxy said they had no intention of moving their star defender. Galaxy coach Greg Vanney has repeatedly said that Araujo will be there throughout the end of the season.

“It was really surprising,” Araujo said. “It was new to me, but it was something I had to keep out of the way, but it was there. But I was focusing on the galaxy. I try to stay away from all the networks When news like this comes out before a game, I try to just focus on the game and keep my head locked in.

Last year, 21-year-old Araujo signed an extension with the Galaxy until 2025. He joined Galaxy Academy in 2018, went to Galaxy II and was promoted to the first team in 2019. Sunday will be his 100th career appearance in all competitions for the Galaxy.

“I think he feels more comfortable in his role and where he fits into the group,” Vanney said. “I think his reading of the game is improving. His talent has always been the physical side of the game, his intensity has always been his strength. Where we’ve challenged him is a bit more on the side reading the game and understanding when to be a bit inside, when to be outside, when to be in a defensive covering position versus when to take off and be in an attacking position.

“Before, when he was a young player, it was attack, attack, attack and then you give up some space behind you. I think he has grown a lot in his emotional management. Now he’s trying to find that cerebral balance.

Araujo will be the youngest in Galaxy history to reach this century milestone.

“It means everything,” he said of his 100th appearance. “Everything has gone so fast in four years. I’m excited for what’s to come. I am grateful and proud to be part of this organization.

The move to Europe will eventually happen for Araujo, who has said his long-term plans are to move to Europe. It wouldn’t be surprising if a move materialized in the winter.

For now, Araujo’s goal is to help the Galaxy (11-11-5, 38 points) secure a playoff spot. The Galaxy started the week in eighth place in the Western Conference, but are currently on a four-game unbeaten streak.

“I think everyone knows that (the season) is coming to an end and it’s the playoff push,” Araujo said. “We want to make the playoffs. We want to do everything this year. We play more as a team, we don’t run as much as we used to run. Everyone was on different pages and now we are one collective team.

Members of the 2002 MLS Cup champion Galaxy team will be on hand for a pre-game autograph session (3:30-4:30 p.m.). This is the 20th anniversary of the Galaxy’s first MLS Cup championship.

Martin Cáceres, Galaxy’s latest signing, will be available for selection. Cáceres last month signed a deal for the remainder of the 2022 season with an option for 2023.

2022-09-03
Previous Post: How to monitor body composition on your Samsung Galaxy Watch 4
Next Post: Samsung Galaxy F13 gets 4,000 cheaper, order today from Flipkart