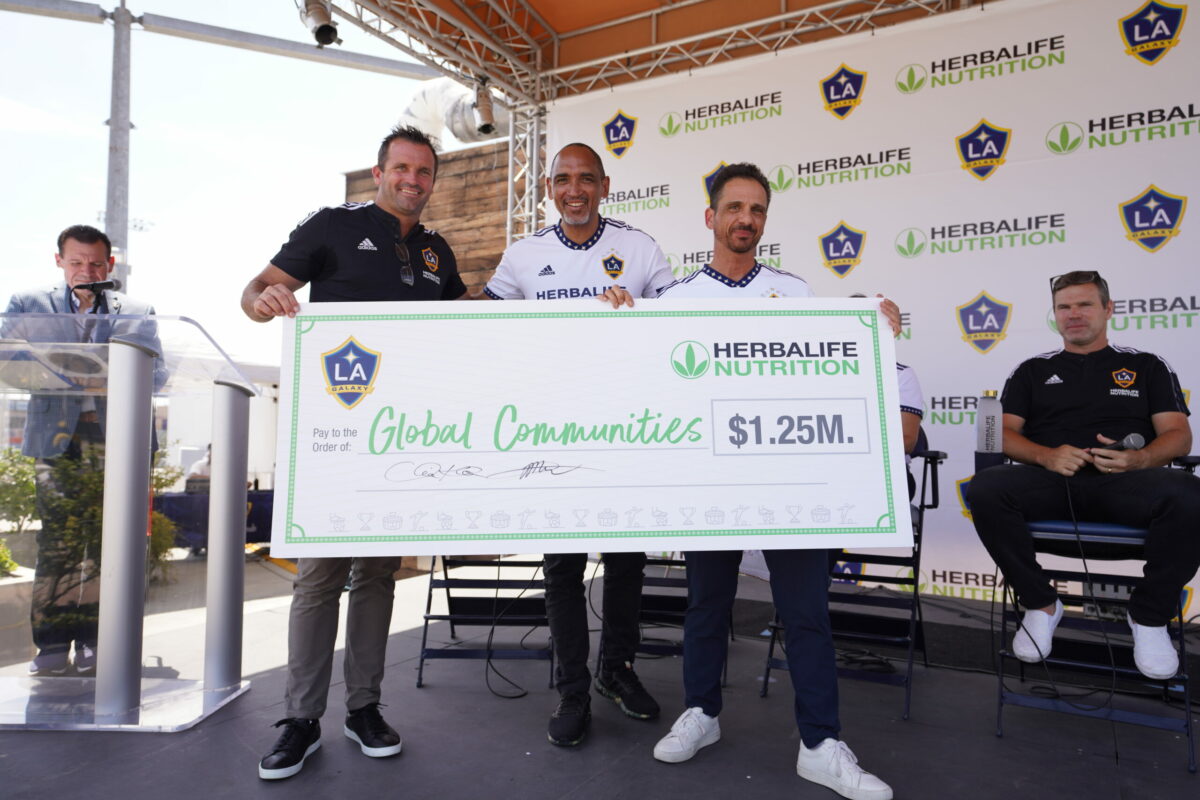 The recently announced multi-million dollar agreement in which Herbalife Nutrition Ltd. renewed its long-term partnership with the LA Galaxy highlights the growing value of sports sponsorships for businesses and their brands.

As part of the sponsorship, announced in August, Downtown Los Angeles-based Herbalife will continue to put its name on the front of Galaxy players’ jerseys for five years. Such deals have gained in value because “sport has a power that few other industries have”, according to several experts, and fans tend to become clients of sponsors at a high rate.

AEG Global Partnerships, a subsidiary of Anschutz Entertainment Group, or AEG, owner of the LA Galaxy, brokered the new partnership between Herbalife and the team, which represents the longest partnership to date in Major League Soccer history. . It’s been going on for 15 years.

The value of the deal has not been disclosed, but the Sports Business Journal reported that it was worth more than $7 million per year, compared to $4.4 million per year for the previous 10-year deal which expires at the end of this season.

“This partnership with Herbalife is such a central partnership across our global portfolio. It’s a wonderful example of longevity, global reach, grassroots initiatives and activations,” said Nick Baker, COO of AEG Global Partnerships. “From an ROI (return on investment) investment perspective, this is one of the most impactful and meaningful relationships in our entire business at AEG.”

With the extended partnership, Herbalife, the distributor of nutritional supplements, will fulfill multiple roles as the team’s Official Shirt Sponsor, Presenting Sponsor and Official and Exclusive Nutritional Partner. The company will also sponsor the teams’ international and exhibition matches.

Although Herbalife sponsors many top teams and athletes around the world, the Galaxy represents the company’s largest investment in sports sponsorship.

Adidas has been the official kit manufacturer – uniforms and kit – for MLS teams since 2007 and will continue to manufacture the LA Galaxy team kits, which include uniforms and jerseys featuring the Adidas logo.

Additionally, UK-based digital marketing brand Honey will be featured on the LA Galaxy shirt sleeves as a sponsor. As the official jersey sponsor, Herbalife will be featured front and center on Galaxy jerseys.

As these agreements show, sports sponsorships are increasingly seen as effective advertising. Sports sponsorship accounts for approximately 70% of all sponsorship deal spend, according to IEG, a Chicago-based global consulting firm specializing in partnership strategy and valuation for sponsors and rights holders.

Herbalife’s agreement with the team means the company logo will be featured prominently on the team’s primary and secondary jerseys, team training gear, LA Galaxy Academy jerseys , replica jerseys and some club products.

Jersey sponsorships offer the most exposure to brands and associate them closely with a team.

“Sports has a power that few other industries have, like artistic sponsorship and product placement in TV shows,” according to a Deloitte sports sponsor study titled “Sponsoring Sports in the Digital Age.”

Herbalife supplements in the areas of fitness, nutrition and sports fit strategically into a sports team. The Galaxy, popular not only locally but also nationally and internationally, play at a high level and have won the most championships in their league. As such, it represents an athletic, healthy and active lifestyle.

The growing popularity of Major League Soccer in North America and around the world, as evidenced by Apple’s recent $2.5 billion global streaming deal with MLS to broadcast all of its matches, extends the reach and visibility of all MLS sponsorships.

Another factor that makes team investments and sponsorships attractive is that MLS, which was founded in 1993, remains a professional sports league in its infancy, with many opportunities for growth.

MLS is frequently compared to the Big Four sports leagues economically. However, MLB was founded in 1876, the NHL in 1917, the NFL in 1920, and the NBA in 1946. All four leagues reflect phenomenal growth patterns over time.

MLS has been the fastest growing league in the world and has doubled in size over the past 15 years. “The Big Four is now arguably the Big Five,” Sports Pro Media sportswriter Steve McCaskill said of MLS’s expansion into the American sports landscape.

Sports sponsorships are evolving as the internet, social media and digital platforms provide new opportunities for companies to innovate and leverage their partnerships.

“As sport continues to draw many people to stadiums, digital advancements and the expansion of social media have provided new opportunities for brands to increase their visibility and improve their sponsorship message,” according to the Deloitte report.

“Ten years ago, the sponsorship landscape was much simpler than it is today,” said Tuck Burch, brand marketing manager at Excel Sports Management. “There were major commercial rights from holders, teams and athletes that could be used to market across the sports landscape. Today, there are countless opportunities to connect with consumers through sports and they come in all shapes, sizes and levels of investment.

Ultimately, adaptation will be key to the brand’s success, according to Deloitte. “The future of a sports event and sports sponsorship will always depend on brands to achieve the greatest mutual benefit.”

2022-09-05
Previous Post: Chicharito scores twice, misses panenka in stoppage time in LA Galaxy draw
Next Post: The $299 Samsung Galaxy A23 5G is now available in the US