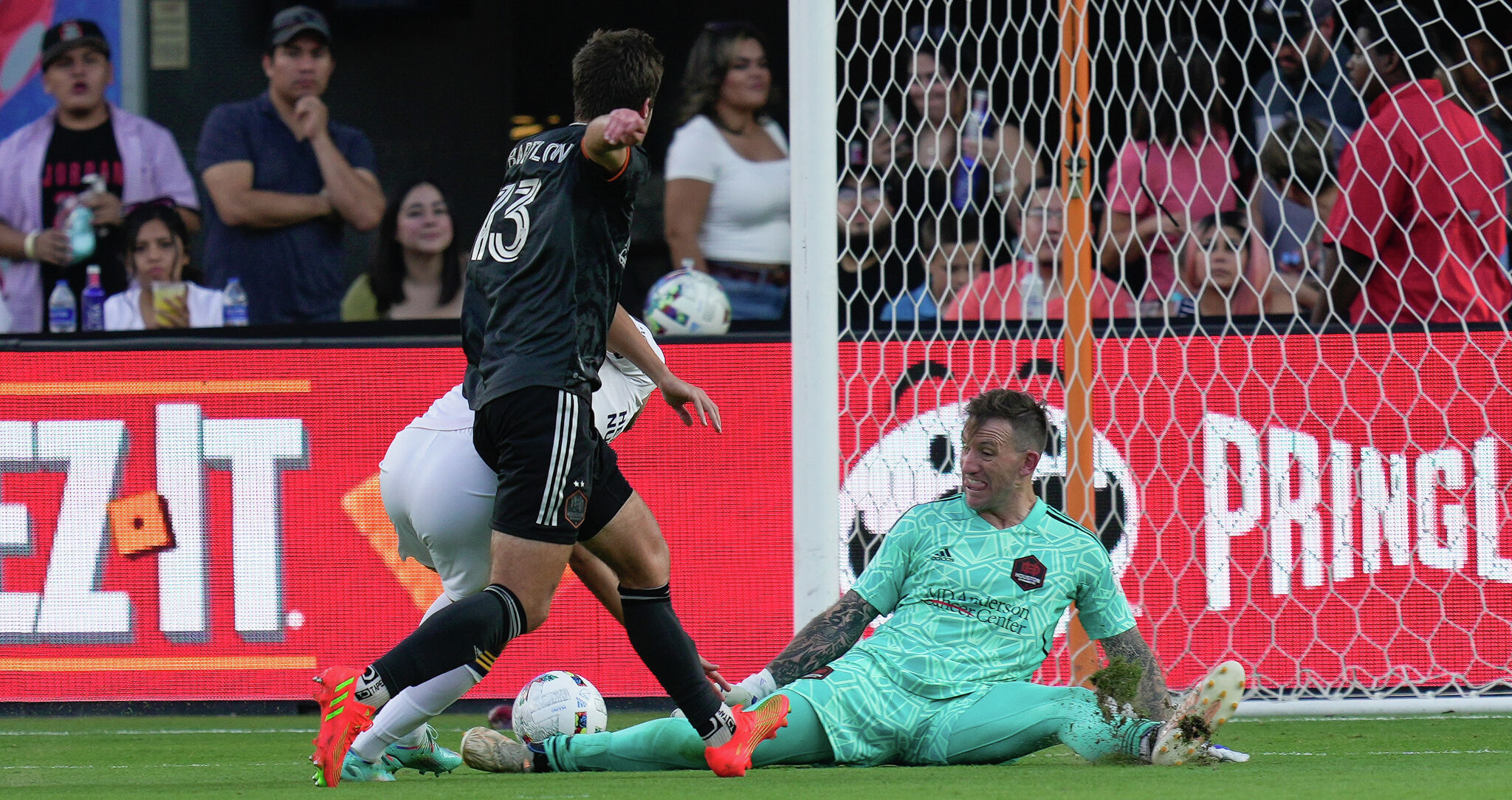 Long eliminated from the MLS playoff race, the Houston Dynamo wrapped up their 2022 season on Sunday in search of a brighter future. Let’s hope for the organization, from 2023.

Still, with little more to do than build momentum for next year, 21,284 people came out to support their hometown team at PNC Stadium. It didn’t hurt that 5,000 midfielder Héctor Herrera miniatures were given out as pre-match promotion.

With a raucous crowd that spent plenty of time singing, chanting players’ names and cheering, Dynamo gave fans something to get excited about early. An eighth-minute goal from Sebastián Ferreira gave Houston the lead.

But Dynamo couldn’t hold on and playoff-bound LA Galaxy scored the final three goals to end Dynamo’s season with a 3-1 loss.

“It’s extraordinary that the fans are coming out, given the circumstances not all clubs would have such a sold-out crowd,” said defender Tim Parker. “We’re happy with the reaction from the fans and it’s something we want to develop next year. To give them something they want to go out and see.

For the fifth straight year, the Dynamo (10-18-6) missed the playoffs. The Dynamo, which finished 13th out of 14 Western Conference teams, was 2-2-1 in its last five games under interim head coach Kenny Bundy.

Dynamo wanted to end a disheartening season with three points. But they couldn’t keep up with the Galaxy, who play a fluid style of possession. Against Houston, they held the ball 66.5% of the time. The Galaxy also had advantages in shots made (21-6), shots on target (7-4) and total passes (709-356).

“We are disappointed with the result,” Bundy said. “It’s a very good Galaxy team. We knew they were going to cause problems that we hadn’t seen in the previous four games.

Los Angeles dictated play, controlled the ball and peaked at just the right time as they prepare for the MLS playoffs. Undefeated in their last 11 games, the Galaxy will host a first round playoff game.

Houston gave up too much open space in midfield to allow the Galaxy Room (14-12-8) to work, and Dynamo struggled to figure out when to step up in transition and when to be patient. The Galaxy proved to be a difficult team for Dynamo to win the ball and Dynamo failed to force the Galaxy to defend for periods of time.

“When they got momentum with the ball, it was very difficult for us,” Bundy said. “The one thing that perhaps hurt us the most was that when we won the ball, we gave it away very quickly.”

Dynamo shut out the Galaxy 3-0 in Los Angeles on May 22. But the Galaxy has improved. On Sunday, the Dynamo ran and hunted a lot.

“Since Kenny took over we started to have a different feel to us and today I don’t think we showed the same kind of standard that we have in the last two games,” Parker said. .

After heavy pressure from LA for the first eight minutes, Houston delivered the first blow, a Ferreira header from a Corey Baird cross. After taking Baird’s serve, Ferreira found the bottom right corner for his team-leading 13th goal.

Galaxy goalkeeper Jonathan Bond, who has seven clean sheets, was moving to his right when Ferreira scored just the third goal through the air this season for Dynamo.

The visitors denied a 31st-minute goal in Puig’s third of the season. A minute later, the Galaxy took a 2-1 lead when Hernández’s right-footed shot from the right side of the box found the bottom left corner. Hernández’s team-leading 18th goal was assisted by Gastón Brugman with a through ball.

Dynamo made changes in midfield in the 61st minute, bringing on Herrera and Memo Rodríguez. But the Galaxy scored on a Joveljić goal in the 69th minute.

Football returns to the PNC on October 16. In their first playoff game in club history, the Houston Dash host Kansas City Current at 4 p.m.