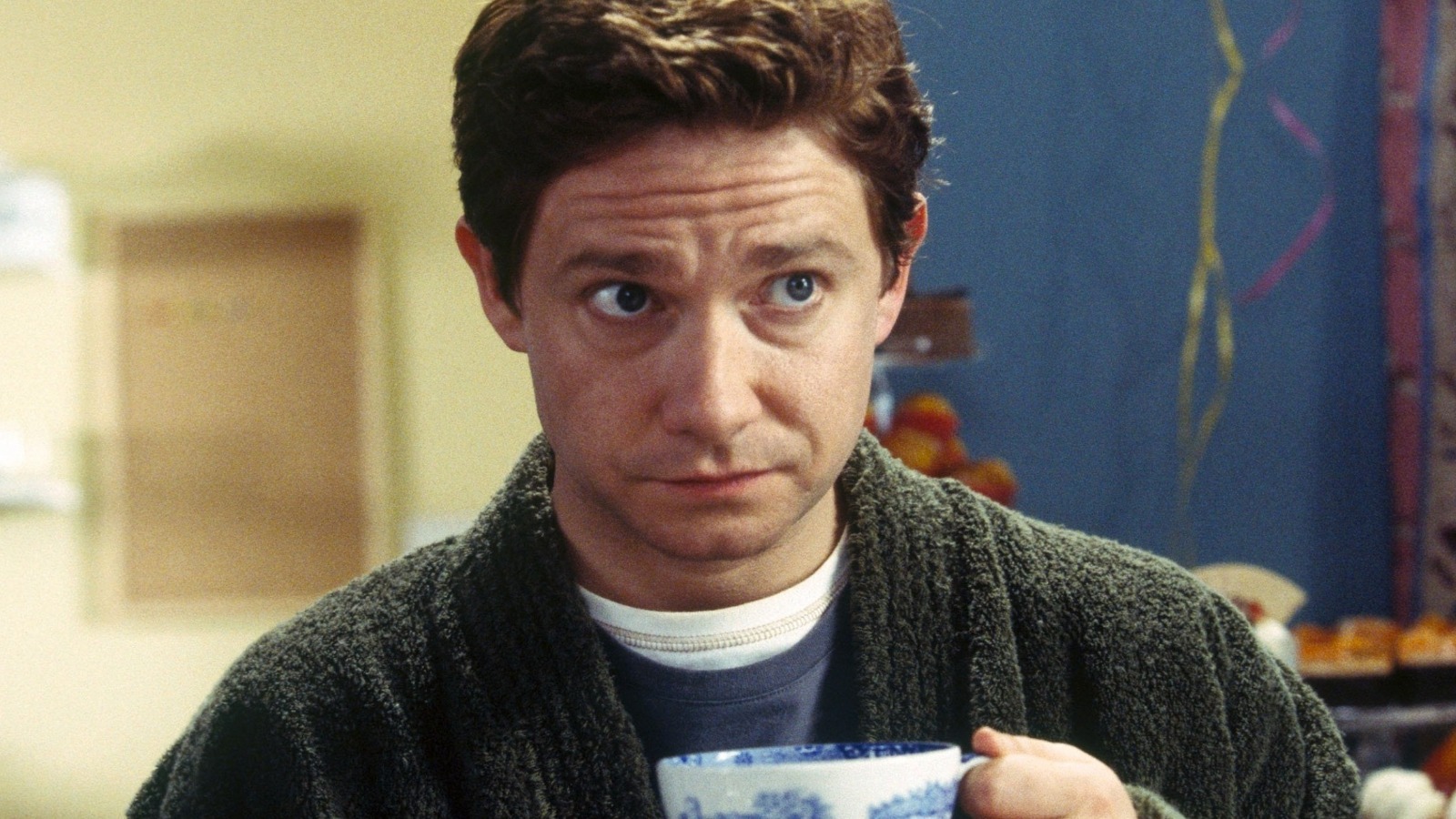 The portrayal of Deep Thought in the movie “Hitchhiker’s Guide” is a somewhat lateral departure from the book, which unlocks more tonal differences the more you think about it. In the book, Deep Thought is just as massive, the “size of a small town”, but all the dramatic conversations with the computer take place in a “purpose-built executive office”, one that has all the sleek and obsessed with contemporary business technology. That beings communicate with Deep Thought in such a mundane setting perhaps represents the commodification of meaning and purpose by capitalist societies with which Douglas Adams was familiar.

The film, conversely, turns Deep Thought into a giant sculpture-like obelisk that evokes something more like the religious awe of temples or pyramids. Instead of “soberly dressed” programmers with briefcases, Deep Thought is addressed by beings in flowing robes and wigs, and the whole sequence takes on a far less secular undertone. This is a significant change, especially since the next step after Deep Thought calculates the answer is to commission Earth. In the book, Earth is the result of a desktop console trying to calculate the bottom line for some number pushers. In the film, Earth is the creation of a sphinx-like, almost supernatural being voiced by Helen Mirren, and some irony is lost.