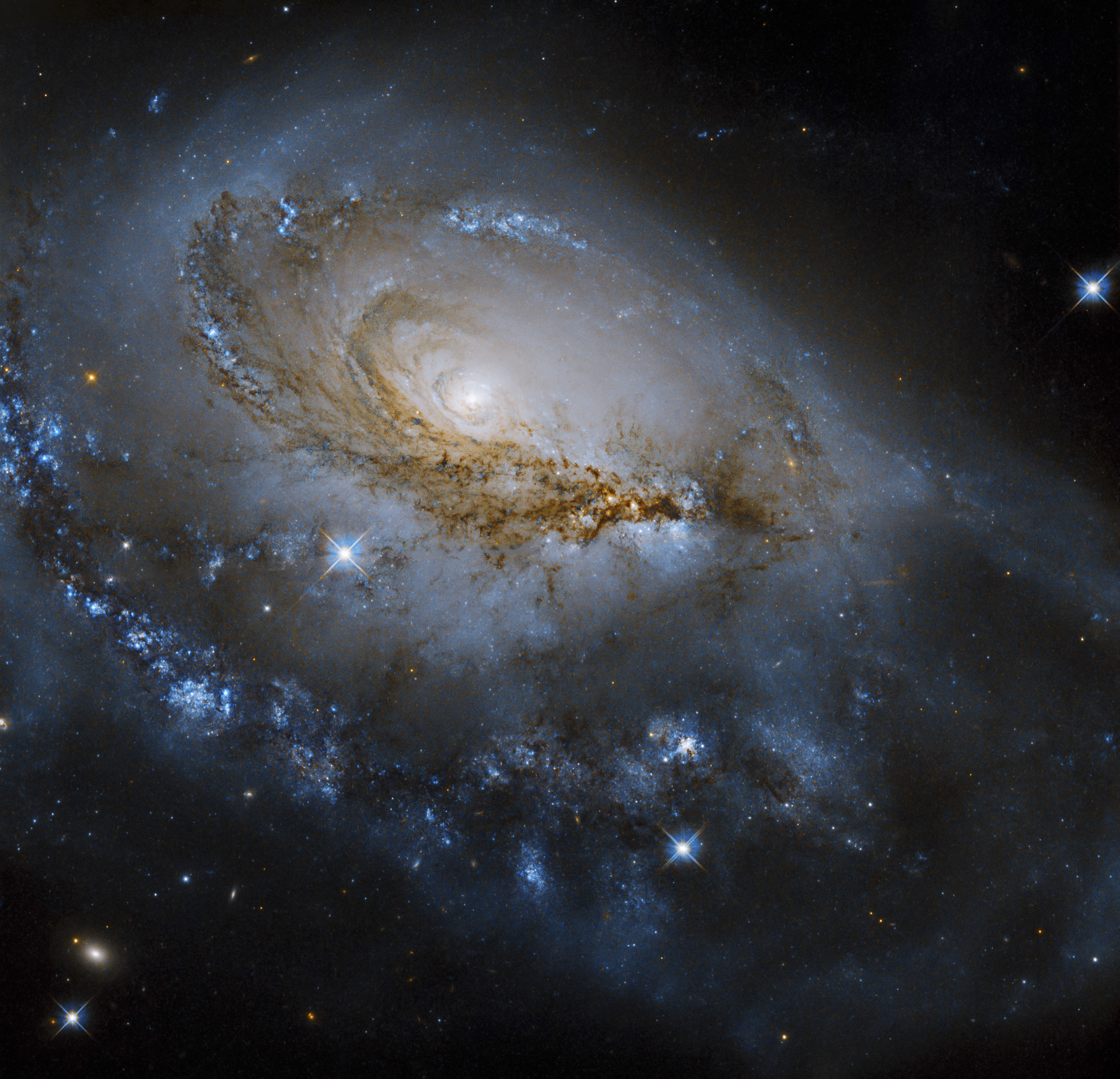 Hubble imagines a spiral galaxy with a brilliantly bright core

Another stunning image of the wonders of space was shared this week by researchers using the Hubble Space Telescope. This Hubble image shows the galaxy NGC 1961, its spiral arms reaching out into the darkness and swirling around its bright, bustling center. The galaxy is located 180 million light-years away, in the constellation Camelopardalis, or the Giraffe. This lesser known constellation is visible from the northern hemisphere and is large but faint.

This particular galaxy is notable for its active galactic nucleus, which is the very bright region at its heart. Active galactic nuclei or AGNs are targets of study because they are brighter than can be explained by the presence of stars there, with large amounts of radiation produced as matter falls into the supermassive black hole in their center.

“NGC 1961 is an intermediate spiral and a type of AGN galaxy, or active galactic nuclei,” explain Hubble scientists. “Intermediate spirals lie between ‘barred’ and ‘unbarred’ spiral galaxies, which means that they do not have a well-defined bar of stars in their center. AGN galaxies have very bright centers that often far outshine the rest of the galaxy at certain wavelengths of light. These galaxies likely have supermassive black holes at their centers producing bright jets and winds that shape their evolution. NGC 1961 is a fairly common type of AGN that emits low-energy charged particles.

Even though black holes themselves are invisible because they absorb light that approaches them, the regions immediately around the black hole can glow brightly. As dust and gas swirl around the black hole in a structure called an accretion disk, the dust and gas particles rub against each other and rise in temperature. These accretion disks can reach very high temperatures, even hotter than the surface of the sun. They are brilliant because they emit radiation across the entire electromagnetic spectrum depending on the particular environment, including visible light and X-rays.