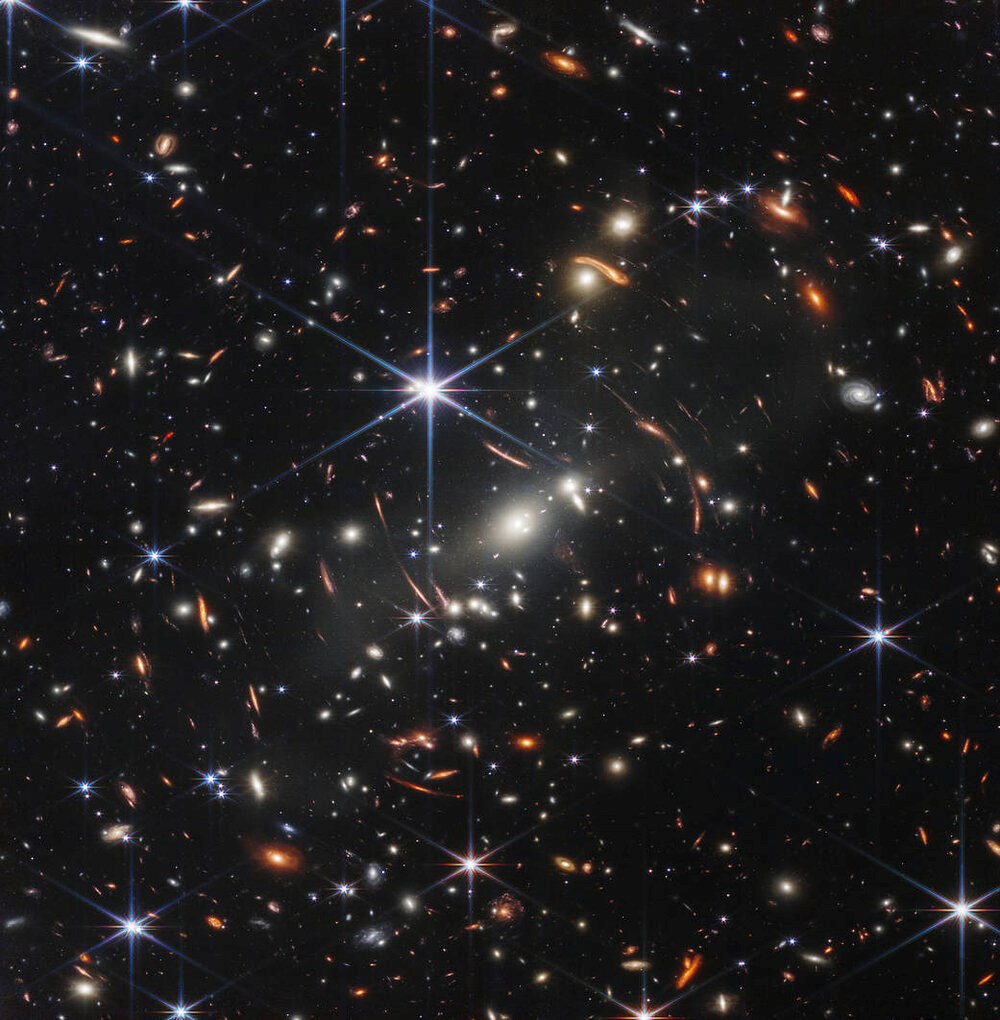 Four more images will be released on Tuesday morning.

If you were to look up, it would cover a portion of sky the size of a grain of sand held at arm’s length.

On Monday, US President Joe Biden released the image, a near-infrared view of distant galaxies.

The composite image shows thousands of galaxies in a cluster that appeared 4.6 billion years ago and has since been labeled by scientists as SMACS 0723.

It took over 12.5 hours to capture the image. With the Hubble Space Telescope – James Webb’s predecessor – capturing that same depth of infrared wavelengths would have taken weeks.

This is just the first of a series of images that will be revealed over the next 24 hours. On Tuesday, July 12 at 7:30 a.m. PST, NASA will release four more images.

The James Webb Space Telescope was launched in December 2021 after multiple delays and cost overruns. It now circles the Earth in a 1.6 million kilometer orbit, giving it the sharpest images from the farthest reaches of the galaxy yet.

It represents the culmination of decades of work in 13 countries. Canada’s contribution to the space telescope includes a fine guidance sensor, which allows it to locate celestial targets, track moving objects, and maintain a stable, focused lock with high precision.

The Canadian-built Near Infrared Imager and Slitless Spectrograph (NIRISS) will use a camera – highly sensitive to infrared wavelengths – to help scientists study the atmospheres of exoplanets and observe distant galaxies.

“With the Webb Telescope, scientists will be able to determine whether distant planets might be habitable based on whether or not their spectra show lines associated with certain molecules such as water, carbon dioxide, methane and oxygen in their atmospheres,” notes the Canadian Space Agency. .

Because of the time it takes for light to travel, the telescope will be able to look deep into the past – just 200 million years after the event that started the entire universe.

As NASA said, “Webb will solve the mysteries of our solar system, look beyond distant worlds around other stars, and probe the mysterious structures and origins of our universe and our place in it.”

Some of these mysteries could come out of nowhere. In 1990, when Hubble was launched, the concept of dark energy did not exist.

“Now this is one of the most exciting areas of astrophysics,” notes the telescope’s website.