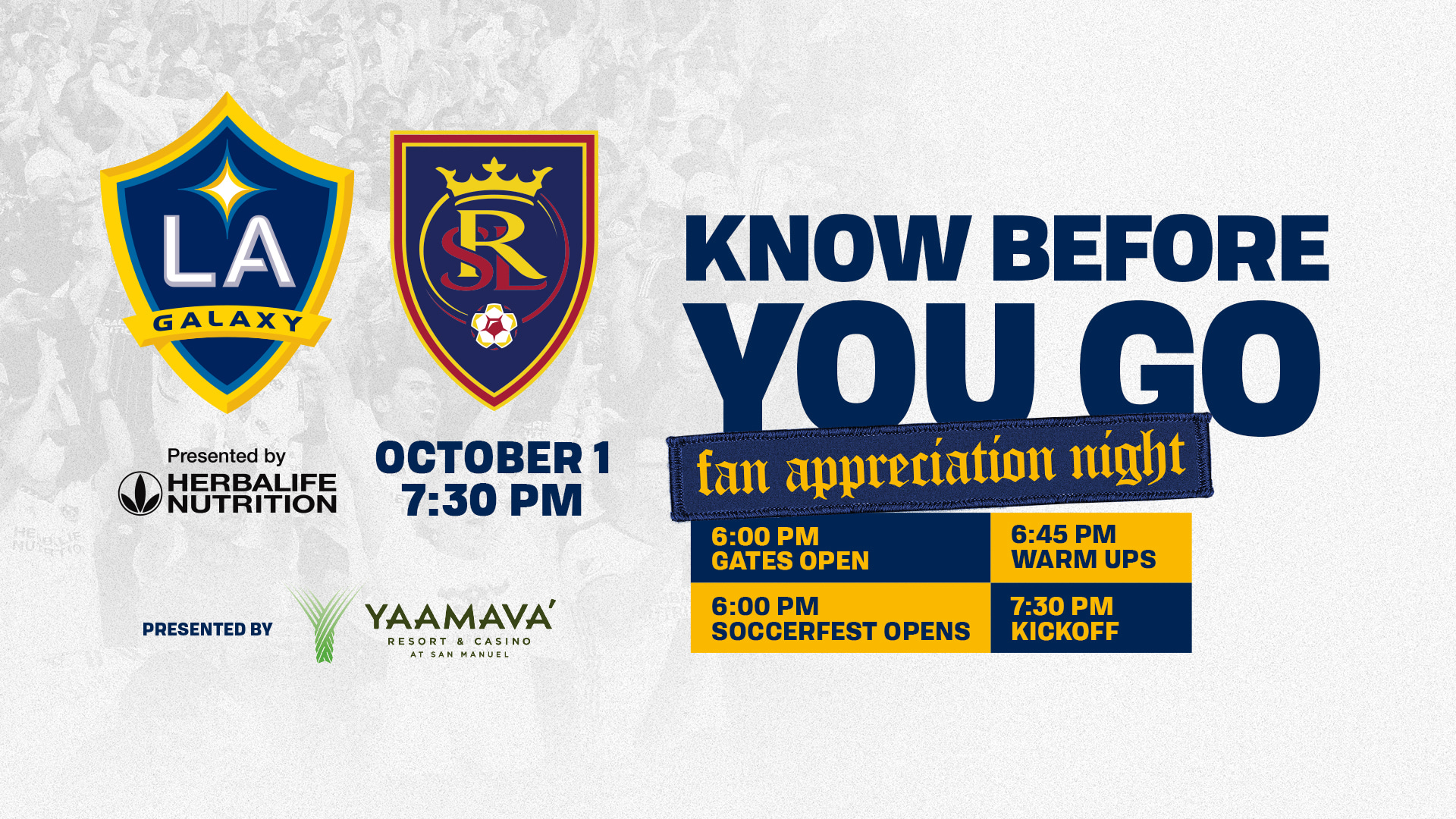 Reveal
All fans will receive an LED wristband so they can take part in the synchronized light show at half time and throughout the game. Additionally, fans will be able to access special offers from the Galaxy, their partners, and upcoming Dignity Health Sports Park events by connecting their smartphones to their wristbands.

The Prize Patrol will have a plethora of in-game surprises for guests throughout the night. Fans are invited to stay after the final whistle for a chance to catch mini balls signed by Galaxy players. All fans are welcome Extra time in the American Express Stadium Club after the game.

Saturday’s game marks the return of Quasar Cuts, with four barbers from Xplicit Barbershop back in action at SoccerFest to cut the Galaxy’s iconic quasar out of fans’ hair. The Fun Zone will be full of activities

LA Galaxy Foundation
The LA Galaxy Foundation is bringing the Jersey Off the Back Auction back for Fan Appreciation Night. The auction will go live today, September 26, and will end at halftime on Saturday, October 1. Winners will be taken to the field after the game to meet a player, receive their jersey and have it signed. Text GALAXY to 76278 to start bidding. The Foundation will also host the Susan G. Komen organization, which will host a booth for the start of Breast Cancer Awareness Month.**

Merchandise**
The “Locally Grown, Globally Known” collection is still in stock at the LA Galaxy Team Store for fans to purchase. Additionally, the Club & Country scarf is available on Saturdays, which marries the LA Galaxy in the United States with its “One Nation, One Team” design.

Match information
A limited number of tickets for the regular season home finale on October 1, including seats on the inclined grass berm, are still available at www.lagalaxy.com/tickets. Saturday’s game marks the 45th all-time meeting in all competitions between the Galaxy and Real Salt Lake, with LA leading the all-time series 23-19-12. Notably, the Galaxy are undefeated in their last five games played at home (4-0-1) against Real Salt Lake since September 30, 2017. The Galaxy enter Saturday’s game after a 3-2 win on the road against the San Jose Earthquakes on Sept. 24, which propelled LA (13-12-7, 46 points) to fifth in the Western Conference standings.