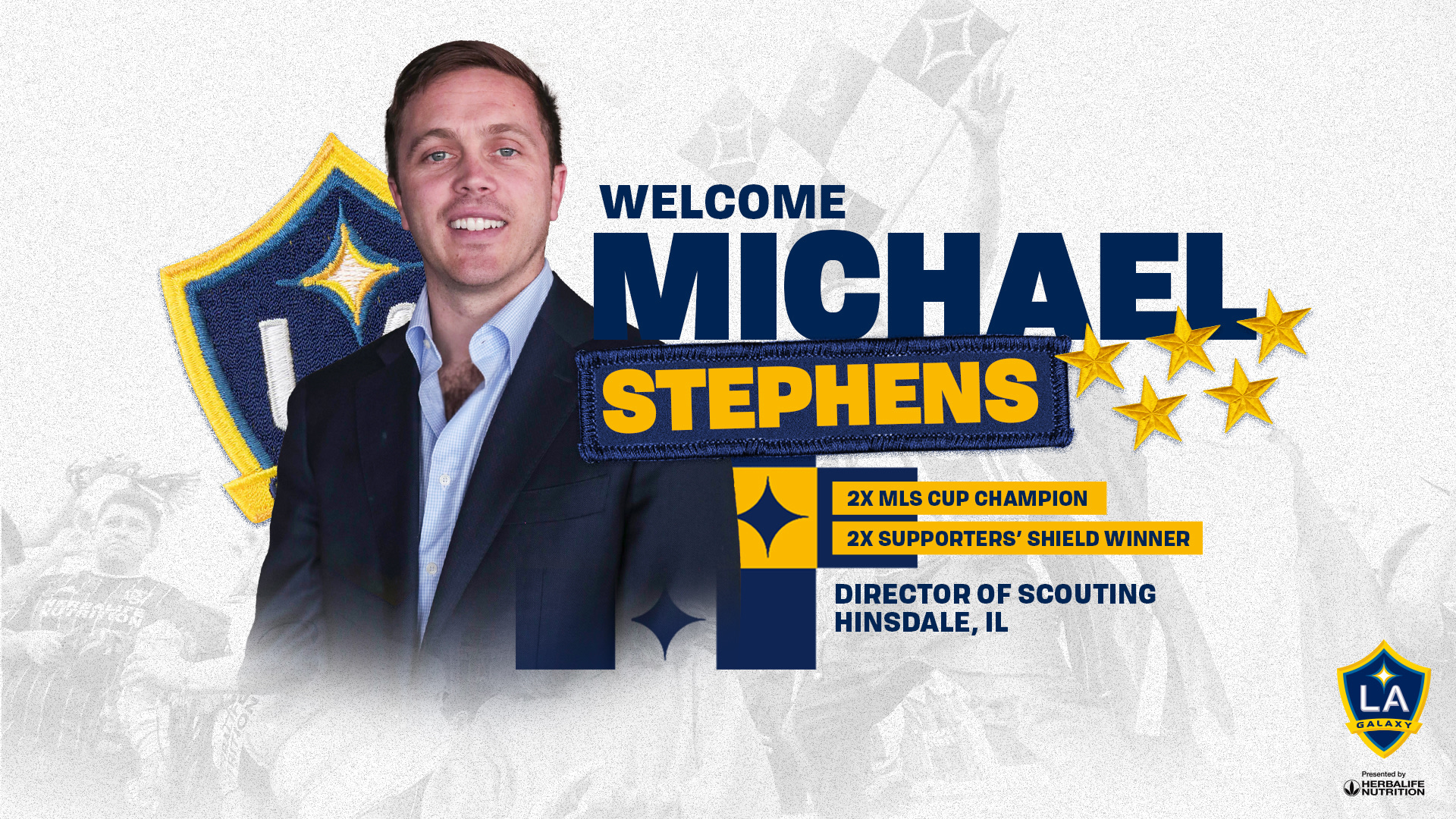 LOS ANGELES (Monday, April 18, 2022) – The LA Galaxy announced today that the club has appointed Michael Stephens as director of scouting. Stephens joins the LA Galaxy coaching staff after winning two MLS Cups (2011, 2012) and two MLS Supporters’ Shield (2010, 2011) in four seasons with the Galaxy. Prior to joining the Galaxy technical team, Stephens spent time as a scout with Chicago Fire FC (2018-19) and the USA Soccer Federation (2019-22).

“We are delighted to welcome Michael Stephens back to the LA Galaxy organization as Director of Scouting,” said LA Galaxy Technical Director Jovan Kirovski. “Michael is a valuable addition to our technical staff, and his experience as a scout in MLS and with the US national team will be extremely valuable to us as we refine our scouting infrastructure.”

The Hinsdale, Illinois native, who was drafted with the 16th pick in the first round of the 2010 MLS SuperDraft by the Galaxy, has four goals and 12 assists in 121 games played (61 starts) in all competitions during his four seasons with LA. During six regular seasons played in MLS with the Galaxy and the Chicago Fire (2015-16), Stephens registered two goals and 18 assists in 131 appearances (74 starts). In addition to his stint in MLS, Stephens played for Norwegian side Stabæk Fotball in the 2014 Tippeligaen season, registering one goal and seven assists in 34 games played in all competitions. In his final season as a professional, Stephens helped the San Francisco Deltas win the 2017 NASL Championship.

Additionally, Gordon Kljestan, who served as Senior Director of Football Operations for the club, has been appointed Senior Director of Player Personnel and Compliance for the LA Galaxy. Kljestan and Stephens will report directly to Technical Director Jovan Kirovski.