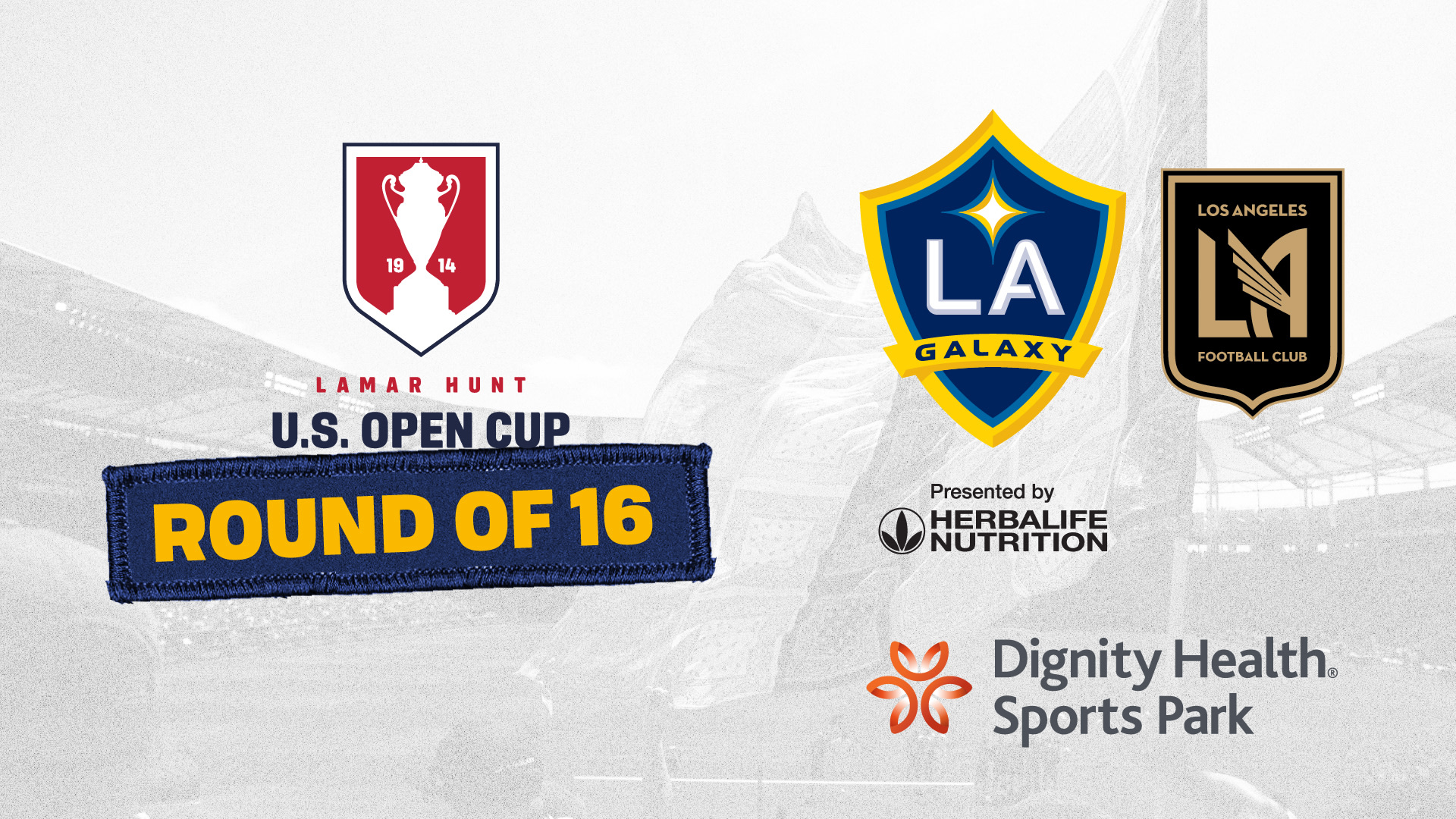 LA Galaxy to host LAFC in Lamar Hunt US Open Cup Round of 16 at Dignity Health Sports on Wednesday, May 25

LA Galaxy Season Ticket members will automatically receive free tickets to this match, as a benefit of their membership. Tickets for one match will go on sale Monday, May 16. For more information on season tickets, visit www.lagalaxy.com/since96.

Since their first match in the US Open Cup in 1999, the LA Galaxy hold an all-time record of 34-17-0 in the competition and have been crowned champions twice (2001 and 2005). 2022 marks the 107th running of the US Open Cup, which began in 1913 and is the oldest national football competition in the United States.

The Round of 16 match between the LA Galaxy and LAFC marks the 15th running of El Tráfico in all competitions, with the Galaxy leading the all-time series 6-3-5. Notably, the Galaxy is undefeated in seven all-time games played (5-0-2) against LAFC at Dignity Health Sports Park. In the first meeting between the two teams in the 2022 campaign, Javier “Chicharito” Hernández and Séga Coulibaly both scored in the Galaxy’s 2-1 win over LAFC at Dignity Health Sports Park on April 9. Additionally, LA is undefeated in four consecutive games. games played (2-0-2) against LAFC dating back to May 8, 2021. The Galaxy advanced to the Round of 16 with a 3-2 road win over California’s National Independent Soccer Association (NISA) United Strikers FC in the Round of 16 at Championship Soccer Stadium in Irvine, California on May 11. Dejan Joveljić netted twice, including the winner, while Owen Lambe netted his first career goal on his Galaxy debut.

LA returns to MLS action when they host FC Dallas at Dignity Health Sports Park on Saturday, May 14. The May 14 match kicks off at 7:30 p.m. PT, broadcast locally on Spectrum SportsNet and will be streamed live on LAGalaxy.com.