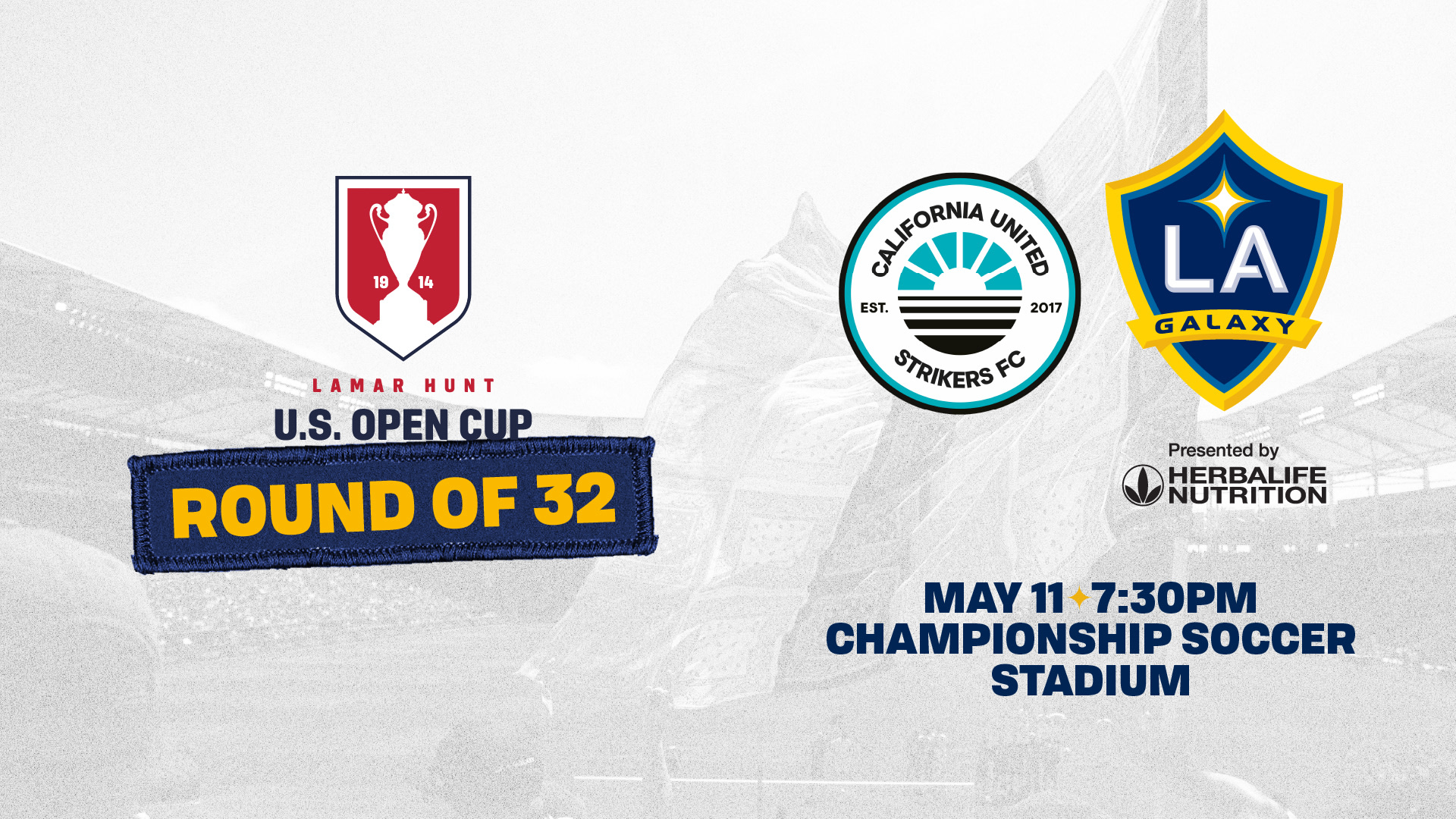 LA Galaxy travel to face California United Strikers FC in the Lamar Hunt US Open Cup Round of 16 at Championship Soccer Stadium on Wednesday, May 11

LOS ANGELES (Thursday, April 21, 2022) – The LA Galaxy will travel to face California United Strikers FC of the NISA (National Independent Soccer Association) in the Round of 16 of the 2022 Lamar Hunt US Open Cup at Championship Soccer Stadium in Irvine, Calif., on Wednesday, May 11 at 7 p.m. : 30pm PT, this was determined when US Soccer announced the Round of 16 fixtures. Ticket information for the May 11 US Open Cup Round of 16 match will be announced by California United at a later date.

The Galaxy advanced to the Round of 16 after a 1-0 win over USL Championship side San Diego Loyal SC at Dignity Health Sports Park on April 19. Kevin Cabral scored the game-winning goal, while Jonathan Klinsmann recorded five saves and a shutout in the win over San Diego.

Since their first match in the US Open Cup in 1999, the LA Galaxy hold an all-time record of 34-17-0 in the competition and have been crowned champions twice (2001 and 2005). 2022 marks the 107th running of the US Open Cup, which began in 1913 and is the oldest national football competition in the United States. The game between LA and California United will mark the first-ever meeting for the two teams.

LA returns to MLS action when they host Nashville SC at Dignity Health Sports Park on Saturday, April 23. The April 23 match kicks off at 7:30 p.m. PT, broadcast locally and will be streamed live on LAGalaxy.com.