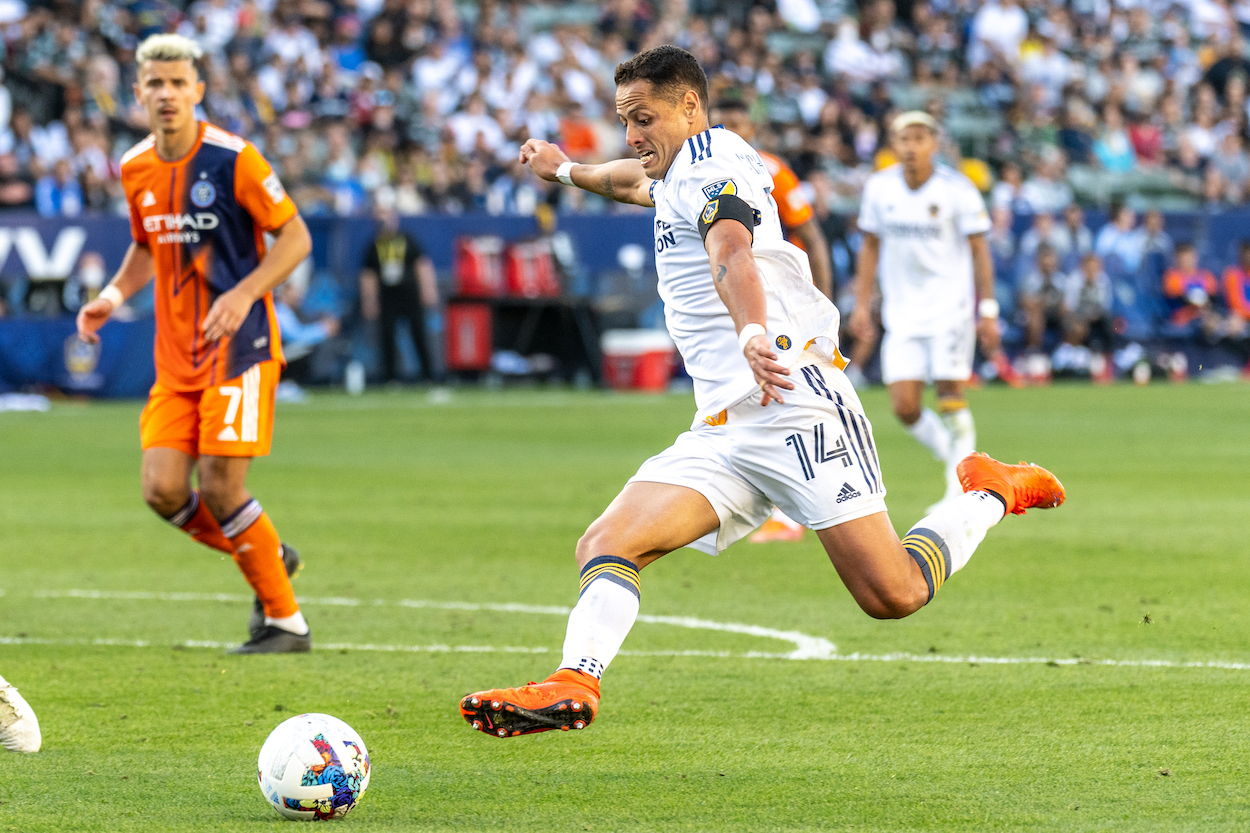 On the opening weekend of Major League Soccer’s 27th season, one game stood out from the rest. New York City FC at the Los Angeles Galaxy is a classic East/West Coast clash between two teams with winning traditions and bold names, including one of the biggest names in MLS, Mexican national team superstar Javier “Chicharito” Hernández.

The game lived up to the hype. It was a tense affair for 89 minutes until Chicharito stepped in and stole three points for his side with the final whistle moments away.

However, there was no match more high profile or more dramatic than defending MLS champion NYCFC flying across the country to take on the winningest club in league history, LA Galaxy.

Conversely, after narrowly missing the 2021 playoffs, the LA Galaxy have shaken things up this offseason. The franchise traded USMNT star Sebastian Lletget to New England and brought in MLS veterans like Raheem Edwards. The most important decision was to bring Brazilian superstar winger Douglas Costa to the United States after nearly a decade at world powers Bayern Munich and Juventus.

In Game 1 of the 2022 MLS season, these two star-powered teams played to a thrilling 0-0 stalemate for 89 minutes. Then Chicharito arrived.

Javier “Chicharito” Hernandez didn’t do much in the first 89 minutes of his MLS debut in 2022. The NYCFC Championship defense stifled the striker all game, fouling him five times. He managed just one shot before the last minute of regulation.

In the 90th minute of the match, NYCFC midfielder Keaton Parks failed to clear the ball and returned it. Los Angeles’ Raheem Edwards coolly slid the ball past a breaking Chicharito, and the striker did the rest.

He stopped and collected the ball as NYCFC defender Maxime Chanot passed by. Then Chicharito buried the ball in the top corner, past Sean Johnson.

LA Galaxy fans and crew went wild with celebration as veteran football announcer Jon Champion exclaimed: “It was the mercurial yet magical Mexican who capped off the club’s opening day on most decorated in the league!”

Chicharito and the Galaxy held off the defending champions for the final five minutes of stoppage time and came away with the thrilling 1-0 win.

The Mexican superstar has found his place in MLS

Chicharito began his career with his hometown club, CD Guadalajara. At 21, he caught the eye of the world’s most famous football club, Manchester United.

The striker played 157 games for the Premier League giants over six seasons and scored 59 goals. However, that’s not enough production for an organization that has featured the likes of Wayne Rooney, Eric Cantona, Ruud van Nistelrooy and Cristiano Ronaldo up front.

After a disappointing loan spell at Real Madrid (nine goals in 33 games), Chicharito joined Bayer Leverkusen in Germany. There, the Mexican national found his form and led the team in scoring for two consecutive seasons, producing 39 goals in total.

After a big money transfer to West Ham back in the EPL, the striker struggled with injuries and failed to find his own from there or with Sevilla in Spain.

Finally, Chicharito returned to North America in 2020 to join the LA Galaxy. Now 33, the striker has 20 goals in two seasons (and one game), playing just 1,500 miles north of where it all started.

If the Galaxy hope to return to the playoffs in 2022 and add a record sixth MLS Cup to their trophy, they will need Chicharito to lead the way. The first game was a good start.

All statistics courtesy of Transfermrkt

RELATED: Alexi Lalas encountered something that left him at a loss for words and in tears on live TV