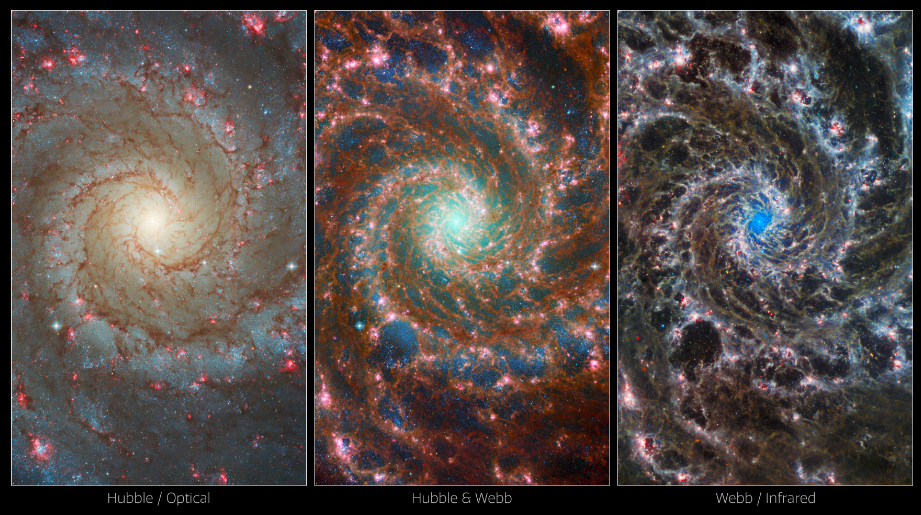 (The hill) – New photos released Monday by NASA and the European Space Agency (ESA) offer an in-depth look at the ghost galaxy, more formally known as M74, located about 32 million light-years from Earth .

The photos, taken by the Hubble Space Telescope and the James Webb Space Telescope, offer different views of the galaxy, known for its well-defined spiral formation. While the Hubble Telescope excels at providing insight into ultraviolet and visible wavelengths, the Webb Telescope performs best at analyzing infrared wavelengths.

Combining data from the two different telescopes created three images, one from each telescope and a combination of the two, which offer a deeper look at the galaxy.

“New images of the spectacular ghost galaxy, M74, show the power of space observatories working together across multiple wavelengths,” the ESA said. wrote.

You Can Help Name the Planets Observed by the James Webb Telescope: Here’s How

“Now we have a broader (and even more beautiful!) understanding of the M74 galaxy!” Nasa tweeted Tuesday on the pictures.

The phantom galaxy’s specific spiral structure “makes it a favorite target for astronomers studying the origin and structure of galactic spirals,” the ESA noted.

The new photos are among several that have been made public since the first images from the $10 billion James Webb Telescope were released in July.