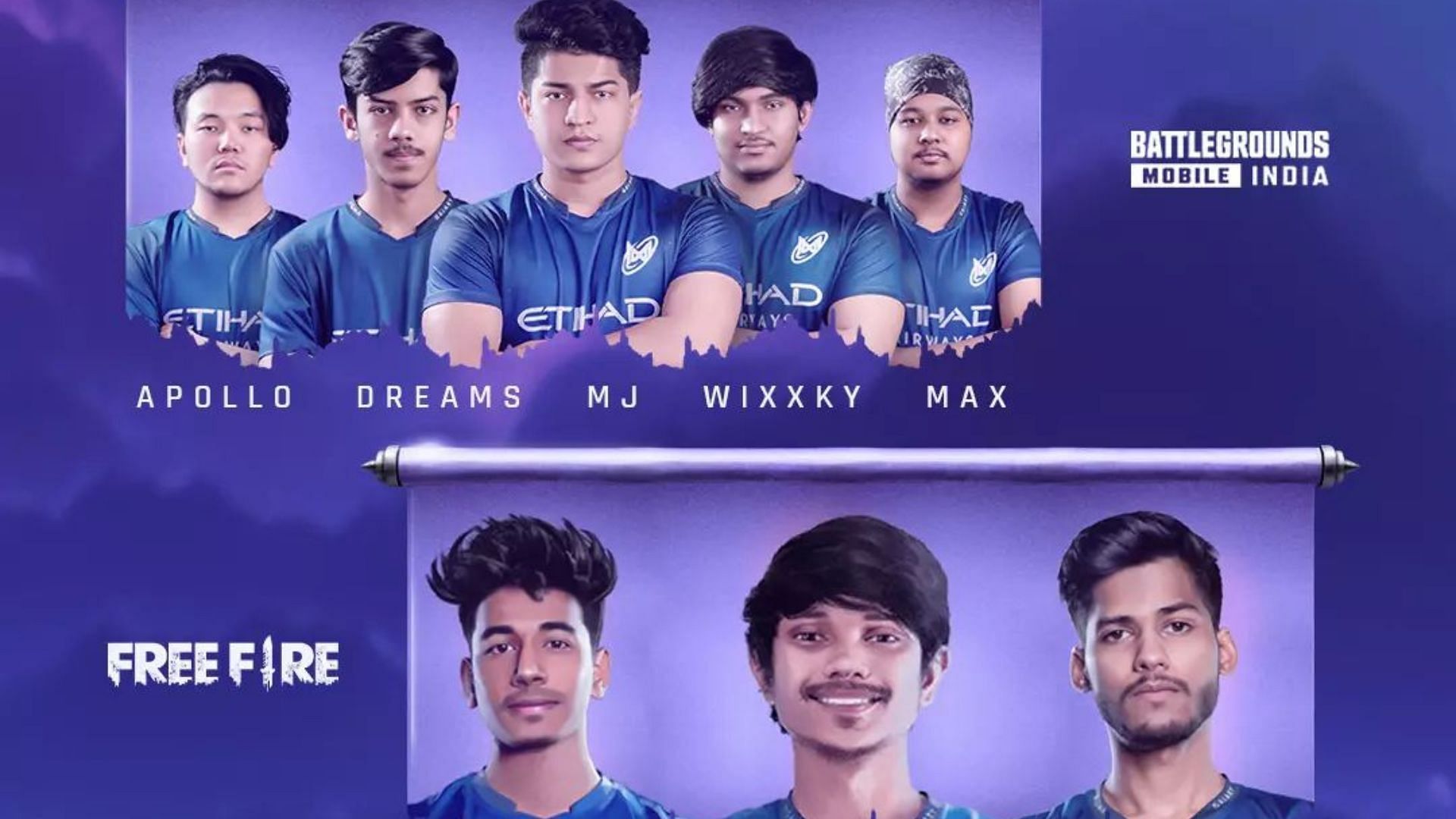 The organization revealed this development through an Instagram post, thanking the players for being part of the team and wishing them luck in their future endeavours.

Here is the list of Nigma Galaxy for Battlegrounds Mobile India:

The team entered the Indian scene as Galaxy Racer Esports in 2020, in partnership with South Asian PMPL Champions, Celtz. After the banning of PUBG Mobile and the eventual release of Battlegrounds Mobile in India, the organization underwent multiple changes, even rebranding itself as Nigma Galaxy. The team clinched sixth place in Battlegrounds Mobile Pro Series Season 1, the title’s biggest event.

The Indian division of Nigma Galaxy has had moderate success in the PUBG Mobile/BGMI scene, only winning a few minor tournaments. Last year, there were controversies between their PUBG Mobile players and Coach Auram due to which the organization benched some of its players.

Nigma Galaxy signed their Indian Free Fire roster in January 2021. Although the team has gone through some changes, they have had great success in the Indian Free Fire scene. Centered around their star player Vasiyo, the team has finished on the podium in several tournaments and also won the Free Fire India Championship 2021 Spring.

Since the banning of Free Fire and BGMI in February and July this year respectively, there have been few updates regarding the return of these titles to India. Keeping in mind the uncertain future of these games in the country, Nigma Galaxy’s decision was imminent.

The organization currently has two PUBG Mobile slates in the Middle East and a recently signed Free Fire slate in Thailand. Nigma Galaxy has also secured its place in the upcoming PUBG Mobile Global Championship 2022 via PMPL Arabia.

The Indian government has blocked BGMI and Free Fire in the country. As a result, official esports tournaments for both titles have come to a halt in the region. It’s been almost nine months since Free Fire was banned, and the publisher hasn’t provided any information regarding the game’s return to Google Play and Apple stores.

It remains to be seen whether Nigma Galaxy will return to India after the re-release of Battlegrounds Mobile India and Free Fire.

2022-10-08
Previous Post: Galaxy sees MLS regular season finale against Houston as a must win
Next Post: Samsung Galaxy S23 vs iPhone 14: Which flagship could win?