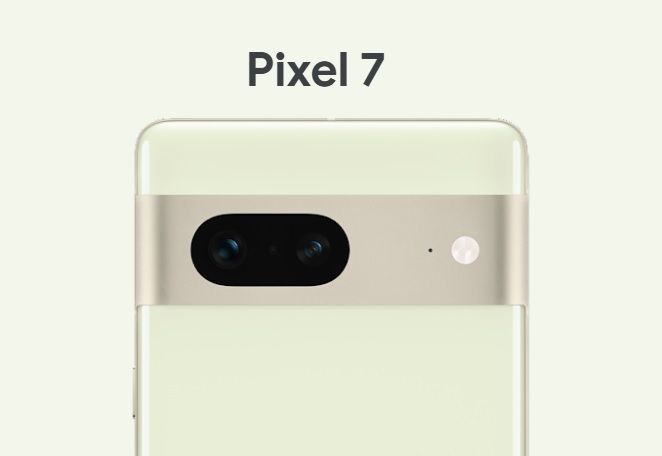 The Pixel 7 will launch tomorrow (October 6) at the Made by Google event. This is where we’ll find out everything we need to know about the latest Pixel phones, not to mention the Pixel Watch. From the phones new Tensor chip to camera upgrades and an updated design, we expect to see a lot this year.

But the Pixel line isn’t an Android juggernaut like the Samsung Galaxy S devices, which dominate the top Android phone charts. Samsung largely owns the Android market and is Apple’s only competitor in the United States. The Galaxy S22 in particular is a great phone in many ways. It’s so good, in fact, that we’d say Google has a massive hill to climb if it wants to top Samsung’s latest flagship.

So even though the Pixel 7 and Pixel 7 Pro are finalized, what does Google need to beat the Galaxy S22? Here are five things I think the newest Pixel should do.

The Pixel 6 and Pixel 6 Pro had disappointing battery life, to say the least. I blamed the first-gen Tensor chipset, combined with an older 5G modem, for the battery issues. Samsung hasn’t been so good in recent years either, although the Galaxy S22 lasted longer – 7 hours and 52 minutes – in our custom battery life test.

Battery life on the Pixel 6 and Pixel 6 Pro hasn’t improved much over time with updates, despite having respectable capabilities. I hope Google fixed the problem this year. If Tensor was the culprit, hopefully the second generation chip will fix those issues.

The Pixel 6 and Pixel 6 Pro displays were adequate for most purposes. However, the outdoors could be tricky and I often wished for something brighter. Samsung delivered on that front with the Galaxy S22, with the phone’s screen delivering a stunning 1,152 nits in HDR in our tests. The Pixel 6 and Pixel 6 Pro gave us 843 and 842 nits, respectively.

The Galaxy S22 has a 3x optical zoom telephoto lens, just like the Galaxy S22 Plus. I don’t think the Pixel 7 will have a telephoto lens, as I think Google will go the way of Apple and provide a primary and ultrawide setup on its base phone model. However, I still think it should happen if Google wants to take on Samsung.

The Pixel 6 Pro had 4x optical zoom, meaning it could zoom further than the Galaxy S21 and Galaxy S22. The Pixel 6 had a dual camera setup. Considering the Galaxy S22 offers a 3x telephoto lens for $799, I’m hoping the Pixel 7 will get at least 2x — assuming Google doesn’t raise the price from last year’s $599.

Google’s Night Sight is something, but Samsung is quickly catching up with its own night mode for low-light photography. So this year, I want to see Google improve Night Sight to keep its lead over Samsung (and give Apple a run for its money for the top spot). Already, Night Sight does a great job capturing detail and color with sharper focus than Samsung, but the latter has the edge when it comes to brightness.

Another area I want to see the Pixel 7 improve on is Super Res zoom. This is Google’s software solution for digital zoom noise and blur. It takes a magnified image and cleans it up. It’s pretty impressive, and it’s certainly better than Samsung’s option. Like Night Sight, I’d like to see Google continue its lead.

Let’s be honest for a second. The first-generation Tensor chip wasn’t a performance beast, and maybe it wasn’t meant to be. Google wanted to focus on AI and machine learning with the custom TPU. The chipset itself was mediocre in performance, so I want to see the second-gen Tensor close the gap to Qualcomm.

While I think Google’s original mission will remain the priority with Tensor this year, I’d like to see the Pixel 7 perform better outside of AI/ML tasks.

Once the Pixel 7 arrives, we’ll learn everything we want to know. Google is sure to talk about camera improvements, Tensor, and more. This list here is a wishlist of what I hope the Pixel 7 will bring to the table.

If the Pixel 7 is just a revamped Pixel 6 at the same price of $599, I’d say it would still be a great competitor to the Galaxy S22. However, I don’t think Google will rest on its laurels. Instead, I think the Pixel 7 is going to have a few tricks up its sleeve to wow us and make the Galaxy S22 less appealing.

Keep it locked here for all the latest Pixel 7 news and coverage. And if you want to tune in to the event, we’ll tell you how to watch the Made by Google live stream.

2022-10-05
Previous Post: SHS Class of 1961 celebrates reunion with a Galaxy Forum
Next Post: Dubai’s Galaxy Bar announced as one of the world’s 50 best bars for the second consecutive year