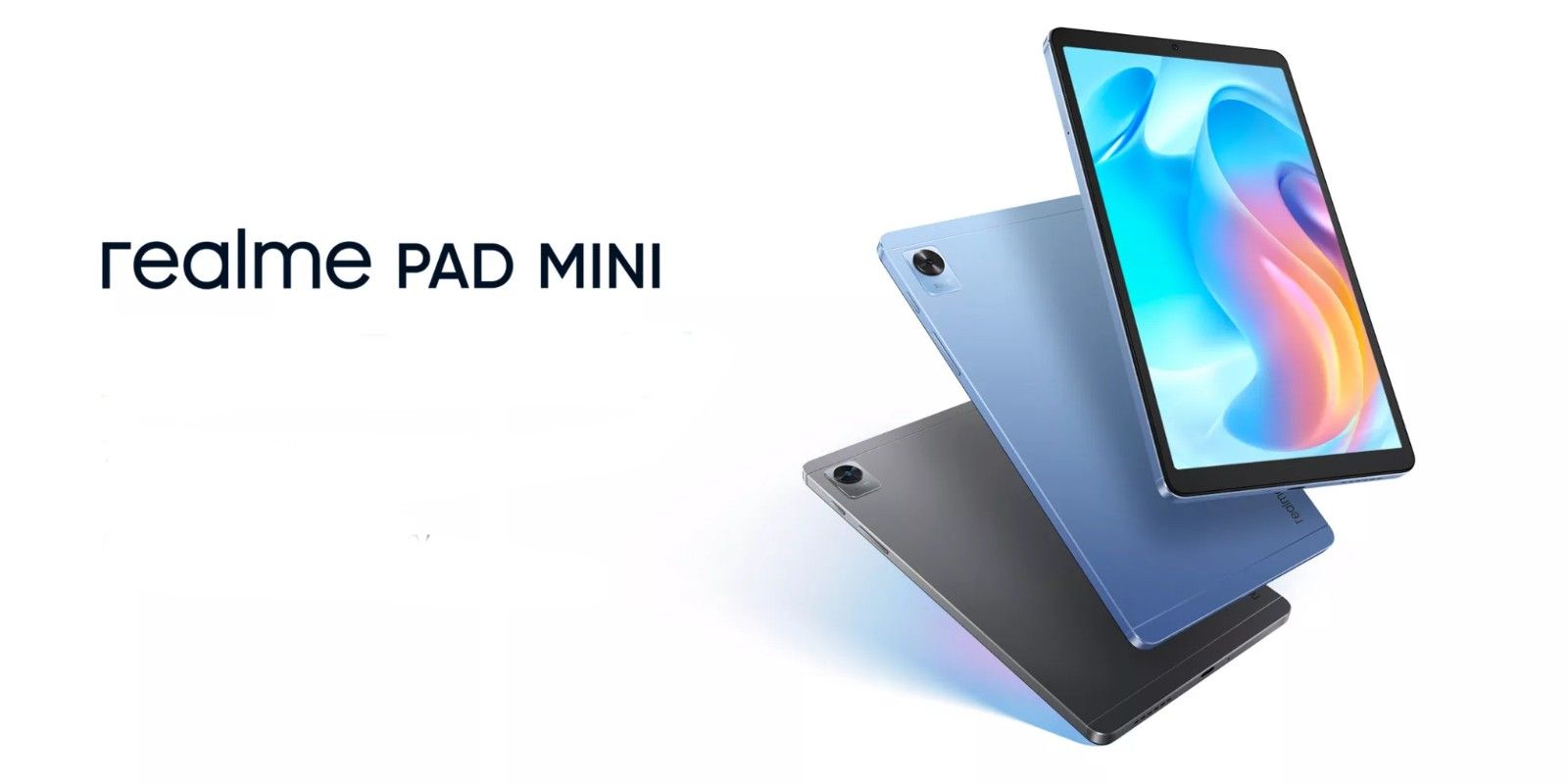 Realme followed up its first tablet with a smaller 8.7-inch model, pitting it against Samsung’s Galaxy Tab A7 Lite in specs and price.

the Realme Pad Mini is a new player in the world of Android tablets. While it doesn’t clash with major devices like the Galaxy Tab S8 series, it’s an alternative to more affordable options like the entry-level Galaxy Tab A7 Lite. Realme, a spin-off brand of Oppo, launched its first tablet in September 2021. Launched as Realme Pad, the tablet is positioned as a budget offering in the same category as the Galaxy Tab A8 and Nokia T20.

The increasing size of smartphones has led to a decrease in the number of tablets with a screen size of less than 10 inches. However, a few manufacturers continued to cater to this segment of the market, including Amazon with its Fire tablet series, Apple with its iPad mini, and Samsung with select Galaxy Tab A series models.

RELATED: The Next Nest Hub Smart Display Could Double As a Tablet

The Realme Pad Mini, as the name suggests, is a smaller version of the Realme Pad. It has an all-metal body with a flat frame and rounded corners. Realme claims it’s super thin at 7.6 millimeters. While true to the Galaxy Tab A7 Lite’s 8 millimeter thickness, the iPad mini (2021) is much thinner at 6.3 millimeters. The tablet weighs 372 grams and is available in blue and gray with a matte finish.

A thin and light economical tablet

Realme’s tablet features an 8.7-inch 1340 x 800 LCD screen, the same size and resolution as the Galaxy Tab A7 Lite. There is a Sunlight mode which improves outdoor readability, and this is in addition to Eye Comfort, Reading and Dark modes. The Realme Pad Mini is powered by the Unisoc T616. This is the same processor found inside the Galaxy Tab A8 10.5 (2021) and a more powerful chipset than the MediaTek Helio P22T inside the Galaxy Tab A7 Lite. Buyers will have the option to choose between 3GB of RAM with 32GB of storage and 4GB of RAM with 64GB of storage. Regardless of configuration, a microSD card slot is available to add up to 1TB of additional storage.

Most budget tablets have average cameras at best and the Realme Pad Mini is no exception. It has a 5MP front camera for video calling and face unlock support is the only biometric security solution available on the tablet. On the back is a single 8MP camera which lacks an LED flash for night shots. However, those who choose this over the Galaxy Tab A7 Lite should experience better battery life given that it packs a 6,400mAh capacity battery with support for 18 hour quick charge. W (adapter included). In contrast, Samsung’s tablet has a 5,100mAh battery and charges at 15W.

With a fair share of owners likely to use the tablet for media consumption, Realme has added stereo speakers and an audio jack. There is also dual-band Wi-Fi, Bluetooth 5.0 and a nano-SIM card slot is available on the LTE version. Unfortunately, the Pad Mini runs on Android 11 and not Android 12, although the Custom UI looks close to Android. Currently, Realme’s new Android tablet is only available in the Philippines at a price of ₱9,990 (~$195) for the 3+32GB LTE version and ₱11,990 (~$234) for the 4 + 64 GB LTE version. Pricing for the Wi-Fi variants has yet to be revealed, nor are any details about whether the Realme Pad Mini will launch in other regions.

NEXT: Lenovo’s New Tablet Is A Gaming Beast

2022-04-05
Previous Post: LA Galaxy signs forward Preston Judd from LA Galaxy II
Next Post: The main culprit of the Galaxy S22 GOS scandal could be found as early as May