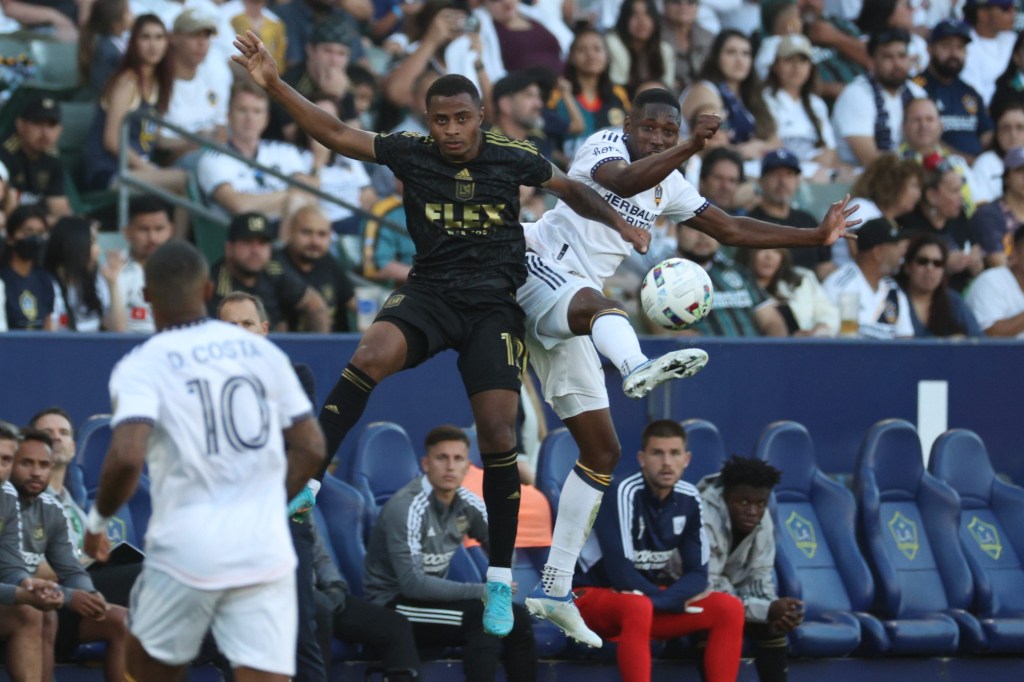 The California Clasico rivalry between the Galaxy and the San Jose Earthquakes reached new levels when they faced more than just a championship game on the line.

The Galaxy and San Jose met in the 2001 MLS Cup, with San Jose winning.

In 2003, things escalated again when the Galaxy blew a 4-0 aggregate lead in the Western Conference Semifinals and lost to San Jose, 5-4, on aggregate. San Jose scored five goals in the second leg, with the decisive goal coming in overtime.

Then in 2005, to add some more spice to the intrastate rivalry, Landon Donovan returned to MLS and joined the Galaxy after playing with San Jose.

Now the Galaxy and LAFC have had some spicy league encounters, starting with the debut of Zlatan Ibrahimovic

Playoff games between the intra-city rivals will only help the rivalry become the best in the league.

So far, they have only met once under these circumstances. They get a second chance when they face off in the round of 16 of the US Open Cup on Wednesday night at Dignity Health Sports Park (7:30 p.m., ESPN+).

“Whereas when you play a knockout game, it’s a defining moment. It’s emotional and a team comes home and is done with the event, a tournament or a playoff. With San Jose, it there were only a limited number of teams in the league, San Jose was our rival and all those knockout games, whether it was Open Cup games or playoffs, they always had a bit more juice in them.

The first knockout game between the Galaxy and LAFC came in the 2019 Western Conference Semifinals with LAFC winning, 5-3. It’s one of three LAFC wins in a series the Galaxy leads, 6-3-5.

“Ultimately the race for both clubs is for trophies,” Vanney said. “We have one (trophy case) from the past, but we want to build one for our present and our future and they are trying to build theirs as a relatively new club, so this is one of those opportunities where a knockout match presents itself with another chance to win a trophy on the other side of that match.

The teams met earlier this season in MLS and the Galaxy won 2-1. The second game is scheduled for July 8.

LAFC is currently atop the Western Conference standings, while the Galaxy have struggled, especially at home recently. In their last two home games, both losses, the Galaxy have been outscored 6-1.

“It’s another derby, it’s a bit different from a league game because it’s really do or die,” said LAFC coach Steve Cherundolo. “As always, I’m sure it will be a close game, an exciting game.”

Both teams come out of a weekend game, with another at the end of the month. It also ends a busy May period for both teams.

“It’s important for the organization, for our fans, the club, it’s really important to go to the final and have the silverware at the end of the day,” said LAFC goalkeeper Maxime Crepeau. . “It’s going to be a big one. Everyone knows they have to dig deep for this.

Galaxy midfielder Raheem Edwards has been on both sides of the rivalry. He spent last season with LAFC and joined the Galaxy this season. Even though the club have had a difficult time recently, at least at home, he said the group knew what was at stake.

“We know what we need to do to be better and to be more successful,” he said.

He added: “I want to beat LAFC so badly.”

LAFC AT THE GALAXY

2022-05-24
Previous Post: Samsung’s new 15W wireless charger duo completes your Galaxy S22 for just $60
Next Post: Astronomers Locate A Distant Galaxy Where They’re Getting Angry At The End Of The Sopranos