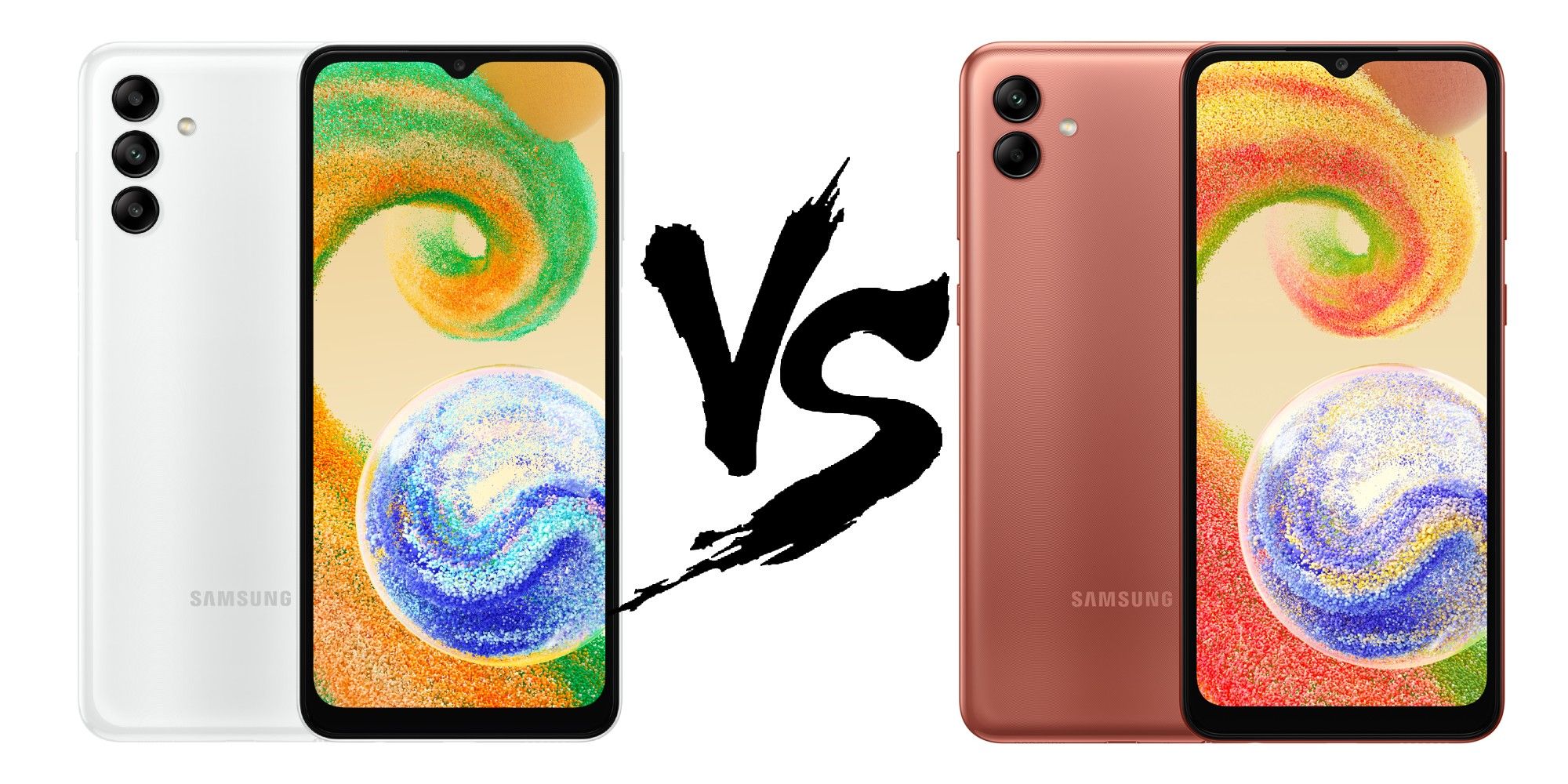 Samsung Galaxy A04 Vs. Galaxy A04s: The Differences, Explained

The Galaxy A0 series is Samsung’s cheapest series of smartphones, which is why they don’t support 5G. Instead, they target those who want a cheap phone as a daily driver or a secondary phone. Although their specs leave a lot to be desired, one feature is their large battery capacity which can provide up to two days of use.

RELATED: The Galaxy A23 is a Cheap 5G Phone Coming to the USThe Galaxy A04 and Galaxy A04 share a similar design, with the notable difference being the number of rear cameras on either device. Additionally, both phones have a 6.5-inch Infinity-V type display with the same HD+ (1600 x 720) resolution. However, the Galaxy A04s has the added benefit of a 90Hz refresh rate, which should translate to smoother scrolling. Regarding the processors, Samsung simply says that the Galaxy A04 has an octa-core chipset while the Galaxy A04s is powered by the Exynos 850. The Galaxy A04 is available with 3GB or 4GB of RAM, depending on the region, and is available in 32 GB, 64 GB, and 128 GB storage variants.

The Galaxy A04s has a 90Hz display

On the other hand, the Galaxy A04s comes in a single configuration with 3GB of RAM and 32GB of storage. Both phones have a dedicated MicroSD card slot for adding up to 1TB of additional storage. On the front of the Galaxy A04 and A04 are 5MP f/2.2 cameras, while the back houses a 50MP main camera and a 2MP depth camera. Additionally, the Galaxy A04s gets a second 2MP sensor for capturing macro photos, increasing its rear cameras to three.

Connectivity options are similar across the board – Bluetooth 5.0, dual-band Wi-Fi support, NFC, GPS, a 3.5mm headphone jack and a USB-C port. They also both have nano SIM support. However, only the Galaxy A04s has a side fingerprint reader. Moreover, Galaxy A04 and Galaxy A04 both have a battery capacity of 5000 mAh. The latter supports 15W fast charging, an upgrade from the ridiculous 7.75W charging of the Galaxy A03s. However, it does not come with a charger. There is no information about the Galaxy A04 charging speed and whether it comes with an AC adapter. Both phones come with One UI Core 4.1 based on Android 12.

Samsung has not yet announced the price of the Galaxy A04. However, the Galaxy A04s will be available in the UK for £159 from September 23. Although both phones are available in black, copper, green and white, the available options vary depending on the market. One of the two phones should arrive in North America since the Galaxy A03s is sold in the United States