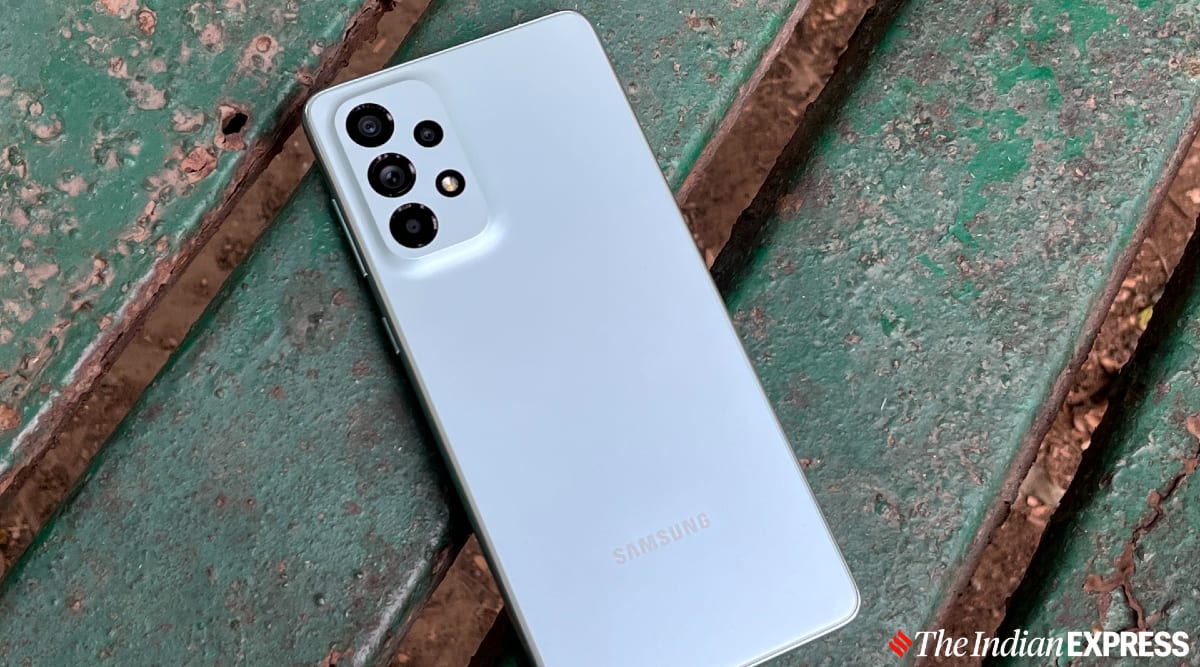 I have been introverted all my life. It was only recently that I agreed to live my life on my own terms. While using the Galaxy A73 for the past few days, I was reminded that not everything you do has to be meant to please people. You might be wondering how I learned this life lesson from a smartphone. My healing journey started a few months ago and although it is an ongoing process, I feel that everything, including a phone, that helps you with pain relief and connecting the dots is a source light for me. Unwittingly, the Galaxy A73 helped me find inner peace.

I’m not a big fan of giant phones but…

I have expressed my fondness for compact smartphones and those who read my stories know it very well. The Galaxy A73 isn’t a small phone, it’s more of an oversized behemoth with a 6.7-inch display. Instead of avoiding it, I accepted that this phone is designed for people who want a big phone. I realized during my time with the device that a phone with an extra-wide screen can sometimes be useful.

The other day, I quickly typed my thoughts on the phone itself after an intense meditation session. I generally struggle to type quickly on the iPhone 13 mini due to the limited screen space and smaller on-screen keyboard. In other scenarios too… a bigger screen helps. I still don’t want to own a phone as big as this, but I also recognize the fact that there are takers for devices like this and I should accept that. My hands aren’t huge but this phone doesn’t feel any bigger in my hand. It actually feels light (compared to the iPhone 13 Pro Max) when you hold it and listen to Alex Buta in the morning.

The Galaxy A73 is a big phone. (Image credit: Anuj Bhatia/Indian Express)

The Galaxy A73 looks and feels exactly like the Galaxy A53 I reviewed recently. It’s made of plastic but has a matte finish with a cutout for its multi-lens camera. The camera bump has a smooth gradient rather than a sharp edge, which impressed me. It’s far from a one-handed phone, but it fits so much better in my hands. And, yes, it fits in my sweatpants as well. This thought relaxes me a little. I was sent the cool mint color to test and I really liked it.

The joy of using a 6.7 inch screen and the speakers are really good

The 6.7 inch screen is absolutely spectacular. It’s a colorful, rich and detailed Super AMOLED display. And it also supports a 120Hz refresh rate, so scrolling through apps and the interface is responsive and smooth. The screen is so good that I didn’t feel like turning on my TV at night and instead watched a few episodes of Schitt’s Creek on the Galaxy A73. But I must say that the display can be a bit hard to see outdoors. I do a lot of content consumption outdoors, especially when I’m in the park. It’s paired with stereo speakers that sound really good, although it lacks a headphone jack.

The screen refresh rate is up to 120Hz. (Image credit: Anuj Bhatia/Indian Express)

Some observations during the Galaxy A73 test

The phone does not have a Snapdragon flagship processor, but the performance is decent

The Galaxy A73 comes with a mid-tier Snapdragon 778G processor, and although the flagship Galaxy S22 Plus has a top-end Snapdragon 8 Gen 1 processor, I didn’t notice any performance difference in my daily life. Everything about this phone is fast, it never keeps you waiting, whether you’re switching between apps, or playing games and watching videos. I could load directions on Google Maps, open the YouTube app, and run games like Asphalt 9 smoothly. Just for clarity, I used the Galaxy A73 with 256GB of storage and 8GB of RAM. A model with 128 GB of storage and 8 GB of RAM is also available.

Its 5000 mAh battery is life-changing, especially when you spend a lot of time outdoors. I was getting all-day battery life even with the screen refresh rate set to high. It is really impressive. However, the device doesn’t have a fast charger in the box and that’s a bad idea for me. Go Samsung.

The Galaxy A73 has five cameras in total – four on the back and a 32MP snapper on the front. The rear camera system is made up of a 108-megapixel sensor alongside a 12-megapixel ultra-wide, a 5-megapixel depth sensor and a 5-megapixel macro lens. During the day, the 108MP camera can capture detailed photos. Colors are oversaturated but that’s typically Samsung. I won’t say the Galaxy A73 offers as good image quality as the iPhone 13 or Galaxy S22 Plus, but the camera is versatile and it works for me. But where the Galaxy A73’s camera struggles is in low light. I think the dedicated night mode is disappointing and less reliable. Photos captured at night had a lot of noise – and once night mode was disabled, the phone struggled to capture a decent photo.

The Galaxy A73 is “genuine”

To me, authenticity means being unafraid of your “true” self and being real, whether in the workplace or in a relationship. Around the time, when I was trying to figure out the true meaning of accepting myself, the Galaxy A73 showed a clear path. It’s a high-end mid-range phone (from 41,999 rupees) which never tries to project itself as an alternative or equivalent to the flagship Galaxy S22 Plus; instead, it comes across as a whole new device for someone who’s never experienced the kind of features it has at this price point. It might be a big phone…it might be missing the latest and most advanced Snapdragon chip…it might not come with a glass back…but those things don’t really matter when the product really stands out from the competition and tries to win over customers for what it offers. The Galaxy A73 doesn’t bring anything new or try to fix anything; it’s offering customers a choice at a certain price without promising anything. This is a good thing. It’s a healthy practice to make it clear to everyone what to expect and what not to expect.

2022-04-22
Previous Post: LA Galaxy travel to face California United Strikers FC in the Lamar Hunt US Open Cup Round of 16 at Championship Soccer Stadium on Wednesday, May 11
Next Post: Samsung goes for the Galaxy Watch 5 Pro moniker because ‘Classic’ is out of fashion