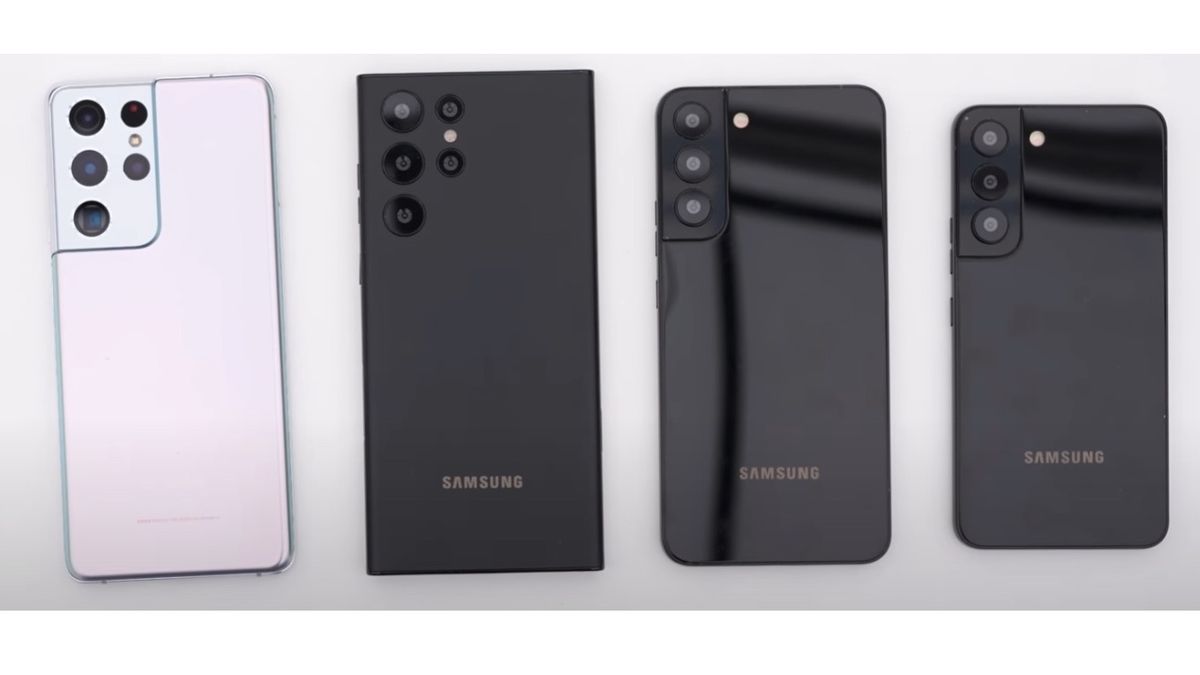 Samsung Galaxy S22 models shown side by side in video leak

The Samsung Galaxy S22 is set to land soon, and thanks to a few recent leaks, we now know a bit more about the device.

First of all, 9to5Google reported on a video that shows all models in the range side by side. (The video was posted by the Unpack therapy YouTube channel, but has since been taken down, which is a bit of a mystery.) From the screenshot above, you can see how much smaller the standard S22 could be than the rest of the lineup – it would have a size of 6 inches, compared to 6.2 inches for the regular S21.

The S22 is believed to be about an inch smaller than the S22 + and Ultra variants.

The image also shows the S22 Ultra, which with its square corners looks like the currently discontinued Galaxy Note line.

A Twitter user also shared what he claims to be the S22 spec sheet (via GSMArena). He reports that the S22 Ultra will feature a Super Clear lens on its 108-megapixel main camera.

The new lens should reduce glare and reflections while providing more detail in the image. The sheet also confirms other specifications that were previously leaked (you can read all the Samsung Galaxy S22 leaks here).

The S22 family is expected to launch later this month or maybe February, and it will definitely be one of the biggest smartphone launches of the year.

Our guide to best android smartphones

Best smartphones 2021: best phones for music and movies on the go

Everything you need to know about the iPhone 13 family