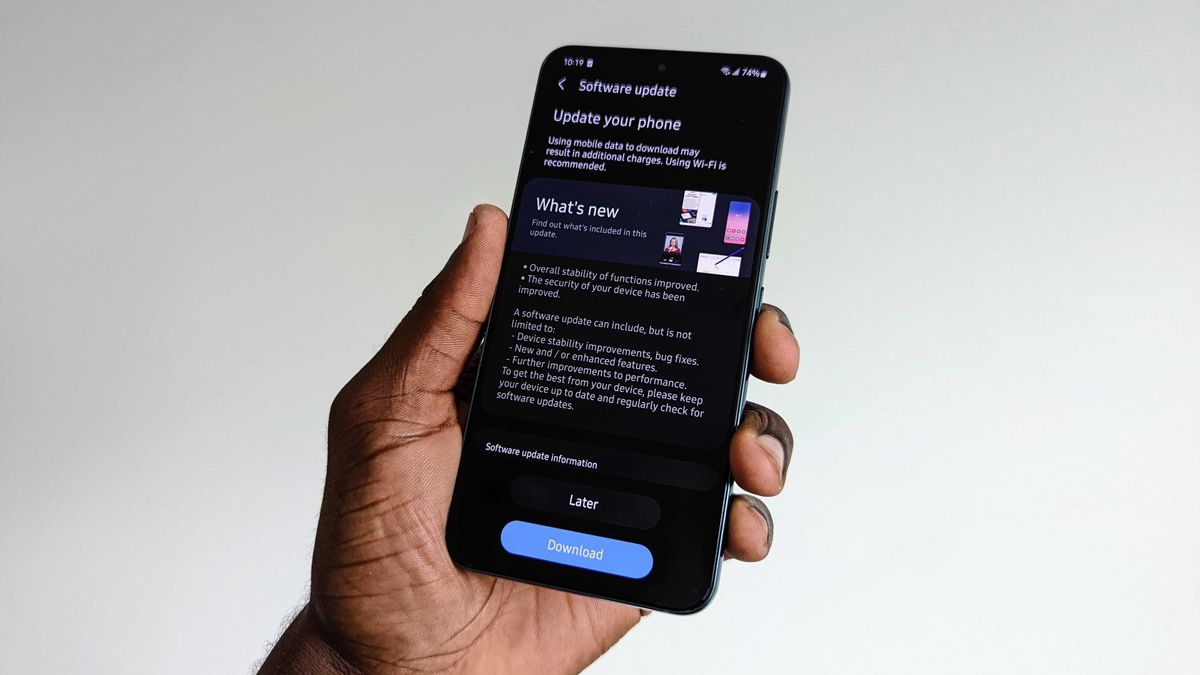 Samsung is delivering the Galaxy S22, S21, and S20 with its August security update much earlier.

Samsung continues its trend of bringing the latest updates to its users quickly with this new security patch. According to XDA-Developers, Samsung has already pushed out the August Android security update to European users. The first to get this new update was the Galaxy S22, while the S21 and S20 are getting it in a few select regions.

The update is also coming to other devices from the company’s latest flagship series, such as the Galaxy S22 Ultra, and the file size for it is around 400MB.

There are speculations that this update might usher in some improvements, as Samsung is known to make some improvements in its patches. However, at the moment there is no information about the details of the update.

XDA says this new update “will not increment the underlying version of the bootloader”, which means users can downgrade, reverting the update to a previous version if they wish. .

While the Galaxy S22 series is getting this update in several European countries, older generation phones see it available more rarely.

The Galaxy S21 and S20 are both getting the update, but it appears to be confined to Germany for now. That said, it is likely to expand to other regions soon.

Owners of Samsung’s top Android phones can always manually check if the update is available. The new update brings the Galaxy S22 to software version “S90xBXXU2AVG6”, while the S21 gets version “G99xBXXU5CVGB” and the S20 gets version “G98xxXXUEFVG5”.

Samsung being so quick to release an update isn’t entirely new, but we’ve had the company on our minds lately.

Samsung’s event for new Galaxy devices is fast approaching, and the event is scheduled for August 10, where we will learn more about devices such as its new Galaxy Watch 5 series. Ahead of the launch event, Samsung is offering a $200 credit to those who reserve its latest devices.

2022-07-28
Previous Post: Galaxy Racer partners with Tyroo to drive growth in India
Next Post: Samsung is likely to use the Snapdragon Flagship chipset for the Galaxy S23 series