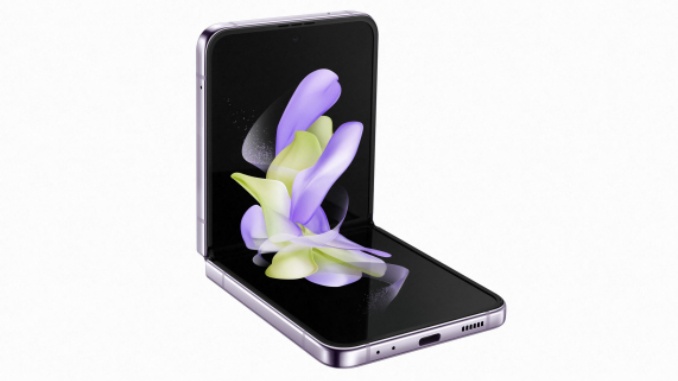 It always takes a few tries to bring the vision of a new idea and the functionality of its promise into symbiosis. In the tech world, that usually means years of incremental improvement on a device that helps its mainstream usage and acceptance to the heights. Such is the case with Samsung’s push to deliver foldable smartphones in 2020 to this year’s Galaxy Z Flip4.

For the first time, it really feels like Samsung has gotten its fashionable foldable to a place where it can serve as more than an intriguing flex, offering the same level or better in everyday use and functionality. than any standard smartphone on the market. There are a lot of bells and whistles unique to the Flip4 that make it the best entry in the series, but the changes that make it an extended option for users are under the hood.

The Flip4 offers the best battery the series has seen to date. For the past few weeks I’ve used the Flip4, the battery lasted most of the day with typical all day use. It’s honestly the biggest step up between the Flip3 and the Flip4. The slimmer hinge and improved screen also help the phone look sleeker on the outside while further minimizing the crease on the screen when unfolded.

Its Snapdragon 8.1 processor has been optimized to help improve the Flip4’s battery life while maintaining the display refresh rates and app performance expected from today’s smartphone offerings.

This extends to the performance of its camera network. The Flip4 has a 12 MP wide and ultra-wide 12 MP camera on the back that delivers crisp, warm images on par with its competitors and the 10 MP selfie camera does the same for taking Instagram-worthy photos. your day or your night. Samsung’s efforts to improve low-light camera performance are also present in these phones, although the performance of what it calls “Nightography” appears to be slightly lower than the images captured on the Galaxy S22 Ultra.

In my experience, the Flip4’s design made it easy to take photos, which made me, as someone known for not taking a lot of photos, want to take more photos. Samsung’s hands-free photography mode was designed for a phone that you can fold up and place on a surface, allowing you to frame yourself unhindered. It also makes video calling a lot easier. It essentially eliminates the need for a phone holder or tripod in most cases. You can even take selfies when the phone is closed thanks to the viewfinder on the front screen.

Speaking of the front screen, its new widgets and customization tools give it a good quality. Users can easily check their calendar, weather, set alarms, and even reply to text messages with preset emoji and text replies without opening the device. This, combined with its portability, makes it a great mobile option that takes up less space in your pocket or bag.

The slimmer width of its 6.7-inch screen makes one-handed operation much easier than other smartphones, and most apps fit well within its aspect ratio. Even if you’re naturally clumsy when using a phone this way, the Gorilla Glass Victus case is impact resistant.

The only real problem or concern is the crease of the screen. It’s still a bit magical to unfold the Flip4 and imagine the work put into the mechanisms that allow such a good smartphone screen to fold in half, but the crease is still noticeable. It’s less eye-catching than in previous models, but it’s still there, which will always make you think about its durability and possible screen discoloration with long-term use.

The Flip4 got hot once in my weeks of use after a long photo shoot, but the phone remained quite cool to the touch for most of my use.

While the changes to the Flip4 are minimal in theory compared to the Flip3, these changes help move the reinvented flip phone forward to a place where wide adaptation feels much more realistic and viable for the everyday use enjoyed by smartphone owners. not foldable. There’s still room for improvement, as always, but the Flip4 fits right into the palm of today’s smartphone market.