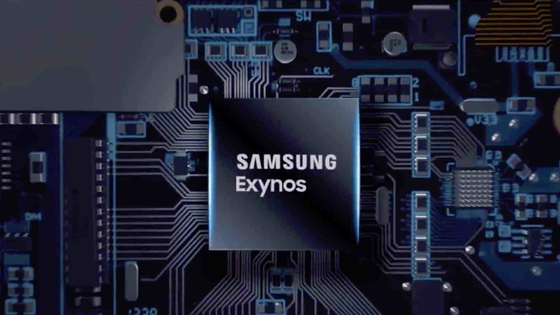 Samsung may ditch its own chip for the Galaxy S23

Samsung Electronics may be ditching its own smartphone processor in favor of a Qualcomm Snapdragon chip, the latest challenge to the company’s ability to design and manufacture advanced processors.

Several analysts and tipsters are predicting that for the upcoming Galaxy S23 series, due out early next year, the company has chosen Taiwan’s TSMC’s Qualcomm Snapdragon 8 Gen 2 over Samsung’s own Exynos 2300, the latest of the family of chips that have been at the heart of Galaxy smartphones since 2011.

Ming-Chi Kuo, an analyst at TF International Securities, said Qualcomm will likely be “the sole processor supplier” for the Galaxy S23 models mainly due to the Exynos 2300’s below-expected performance.

If Samsung were to use Exynos for the S23, the chipset specs should have been released already.
“Since the development of application processors precedes the manufacture of smartphones, the details of the Exynos 2300 should have come out this time for the launch of the Galaxy S23 early next year,” said Jeong In-seong. , a semiconductor scholar who wrote “The Future of the Semiconductor Empire.” 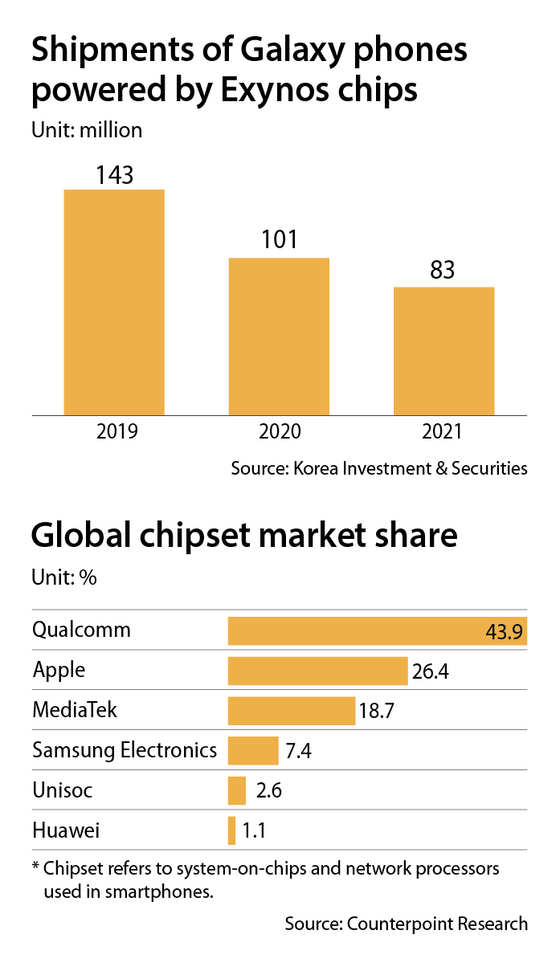 “But no details yet, and it looks like Samsung developed the Exynos 2300 internally and introduced it to the smartphone industry, but the division decided not to use them,” he said.

Exynos brand chips are designed by a division called System LSI and manufactured by Samsung Foundry.

If true, the move would be a break from the past practice of mixing Exynos and Snapdragon chips based on region.

Samsung Electronics declined to comment, saying these issues are being kept under wraps until the products are officially released.

Industry insiders believe there must be a significant performance disparity between Samsung’s new chip and the competing Snapdragon chipset due to a discrepancy in manufacturing technique and architectural design.

Qualcomm is considered to have a superior processor design than Samsung Electronics. Manufacturing-wise, devices with TSCM chips tend to perform better than those with Samsung-made chips, even if they are made in the same manufacturing node.

Qualcomm chose TSMC over Samsung Electronics for the production of its latest chipset, after the Samsung-made Snapdragon 8 Gen 1 showed disappointing results.

Yield rate is the amount of a silicon wafer that is successfully processed into dies, which are themselves packaged into semiconductors. The lower the yields, the less product is produced.


Semiconductor experts believe that very low yields can affect overall chip quality as well as production costs, as they indicate that the manufacturing process is having problems generating chips that conform to customer designs.

Although Samsung Electronics never officially releases its yield rates, the chipmaker has admitted in conference calls that it has struggled to increase yield rates for advanced manufacturing techniques such as 5-nanometer and 4-nanometer processes. nanometers.

The underperformance of recent Exynos chips has prompted Samsung Electronics to gradually ramp up the volume of Snapdragon-powered Galaxy S models.

In the case of the Galaxy S22s, 70% of units shipped had the Snapdragon chipset and the remaining 30% Exynos, according to Kuo, the analyst.

Shipments of Galaxy phones powered by Exynos processors totaled 83 million units in 2021, down 17.8% from a year earlier, according to Korea Investment & Securities. This figure includes Galaxy A budget lines run by mid-range Exynos chips.

Reduced adoption of Galaxy phones has resulted in declining market share in global markets.
“Samsung Exynos’ share declined in the first quarter of 2022 due to Qualcomm’s loss of market share in flagship Galaxy S22 series smartphones and due to low yields of premium 4nm Exynos chipsets,” said the Counterpoint Research market tracker in a report.

In response to the recent fiasco, Samsung Electronics is trying to revamp both its smartphone and chip manufacturing businesses.
The tech giant recently launched a dedicated team to improve the performance of the smartphone’s main processor, according to local media.

The team brought together key engineers from the smartphone, System LSI and foundry divisions to collaborate on the development of future processors optimized for Galaxy phones.

Roh Tae-moon, head of Samsung Electronics’ smartphone business, told employees at a meeting that the manufacturer plans to make a main processor exclusively for Galaxy models.

Exynos chips are not exclusively customized for Galaxys as they are supplied to Chinese vendors like Vivo.