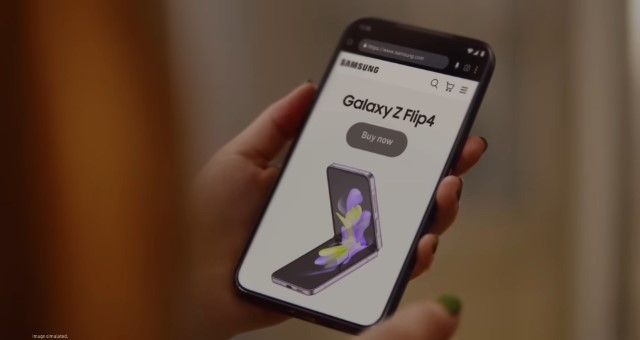 Recently, we reported how Samsung uploaded a video to poke fun at Apple’s iPhone lineup ahead of the iPhone 14 launch. The ad showcased the innovative features of the Galaxy S22 Ultra and Galaxy Z Flip 4. It even went on to say, “This innovation isn’t coming to an iPhone near you.“Now Samsung is back, mocking the iPhone 14 with a new ad.

The latest ad, titled Samsung Galaxy: Join the flip side, shows a character named Elena desperately trying to forget about her friend’s new Galaxy Z Flip 4, which “literally doubles over.“From the start, she said, “I would never switch to Samsung. i love my phone.” And it’s easy to guess which phone she has in the ad.

Well, that’s Samsung for you. Apple launched the Apple iPhone 14 series yesterday and introduced a new design just for the iPhone 14 Pro and Pro Max, Apple-style, limiting new features only to those who spend the extra dough. However, you can watch Samsung’s new Galaxy Z Flip 4 ad below.

2022-09-08
Previous Post: LALIGA AND GALAXY RACER TRY TO TRANSFORM THE SPORTS MEDIA SCENE IN THE MENA REGION AND THE INDIAN SUBCONTINENT THROUGH A HISTORIC JOINT VENTURE
Next Post: This Samsung Galaxy Z Flip 4 ad takes yet another hit on iPhones