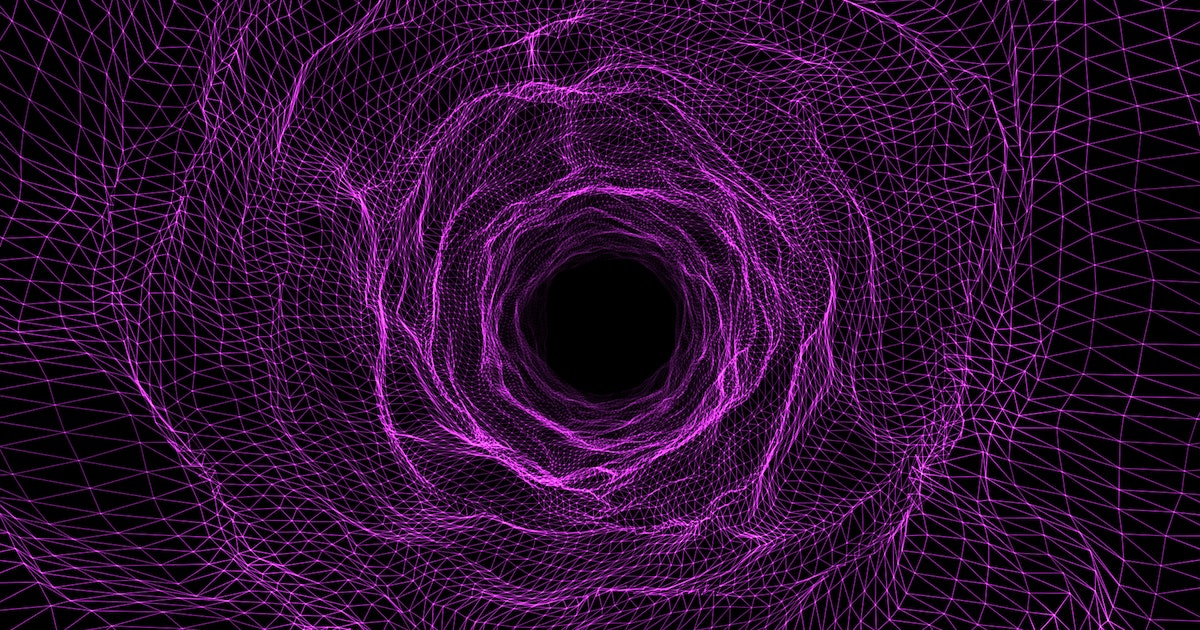 Scientists may have solved a huge galaxy mystery

It’s been a banner time for black hole research: in recent months, astrophysicists have announced the discovery of the most powerful gamma-ray burst ever recorded (due to the formation of a black hole), a monster black hole in our cosmic backyard, the trail effects of frame of a black binary hole, and the remnants of the 2017 Kilonova event (spoiler alert: it was a black hole).

And with the help of citizen scientists, a team of astronomers recently discovered a single black hole in a galaxy about a billion light-years away that shoots a relativistic jet onto another galaxy.

The research was conducted by a team led by Ananda Hota, a researcher at UM-DAE’s Center of Basic Science Excellence. The article describing their findings was published on October 12 in the Monthly notices of letters from the Royal Astronomical Society.

Galaxies are generally divided into three main classes based on size, shape, and composition. First, there are the ellipticals, which make up about a third of all galaxies in the Universe, ranging from nearly circular to very elongated.

Then there are the spiral galaxies, which are known for their distinct spiral arms and appear as flat disks with large yellowish bulges in their center. Finally, there are irregular galaxies, which are neither elliptical nor spiral and were more common in the early Universe (before evolving into the other two classes).

With regard to elliptical galaxies, astronomers have observed that the formation of new stars is very rare and appears to have largely ceased billions of years ago.

Although the reason for this remains a mystery, modern research suggests that the presence of supermassive black holes (SMBH) may be responsible.

These “monster black holes” cause the centers of massive galaxies to become Active Galactic Nuclei (AGN) – alias. Quasars – where the core is more energetic than all the stars in the disk combined.

In many cases, AGNs also have massive jets spewing from their poles that accelerate gas and dust to relativistic speeds (near the speed of light). The ejection of this material to other galaxies is thought to deplete elliptical galaxies of cold gas and dust that would otherwise be fuel for star formation.

Another mystery facing astronomers is how these AGN-driven jets couple with gas from merging galaxies, causing positive feedback. This temporarily leads to enhanced star formation, followed by negative feedback and a decline in star formation.

To solve this final mystery, Dr. Hota and his colleagues observed the SMBH at the center of RAD12, an elliptical galaxy about 1 billion light-years from Earth.

This unique nature of this galaxy first appeared in 2013 based on optical data from the Sloan’s Digitized Sky Survey (SDSS) and radio data from the Very Large Array (VLA) Faint images of the radio sky at twenty centimeters (FIRST) investigation.

But when Dr. Hota and his team observed it again using the Giant VHF Radio Telescope (GMRT) in India, they noticed that RAD12 seemed to eject matter from a single pole.

These observations were confirmed using archival radio and optical data from the MeerKAT network in Australia and the Canada-France-Hawaii Telescope (respectively). Unlike other jets that eject matter in pairs and in opposite directions, RAD12 appears to eject matter only toward its neighboring galaxy, RAD12-B.

Their observations also revealed a jet of young plasma that is conical in shape at the stem and flares out to become mushroom-shaped at the tip (shown above). The yellow features represent the galaxies – the largest being RAD12 (left) and RAD12-B (right) – and the plasma jet is shown in red.

The entire structure spans 440,000 light years and is much larger than the host galaxy itself. It is the first time that a jet has collided with a large galaxy like RAD12-B. As Dr. Hota said in a recent Royal Astronomical Society (RAS) paper Press release:

“We are delighted to have spotted a rare system that helps us understand the feedback of radio jets from supermassive black holes on the star formation of galaxies during mergers. Observations with GMRT and data from various other telescopes such as the MeerKAT radio telescope strongly suggest that the radio jet in RAD12 is colliding with the companion galaxy. An equally important aspect of this research is the demonstration of public participation in the findings through the [email protected] Citizen Science Research Collaborative.

Thanks to the observations of Dr. Hota and his team, astronomers have taken a step closer to understanding the impact of such interactions on elliptical galaxies.

Their findings could lead to a new understanding of how star formation is halted in elliptical galaxies, solving a long-standing mystery about galactic evolution.

It is also a testament to the type of research that is possible today through collaboration between citizen scientists and astronomers.

This article was originally published on Universe today by MATT WILLIAMS. Read it original article here.