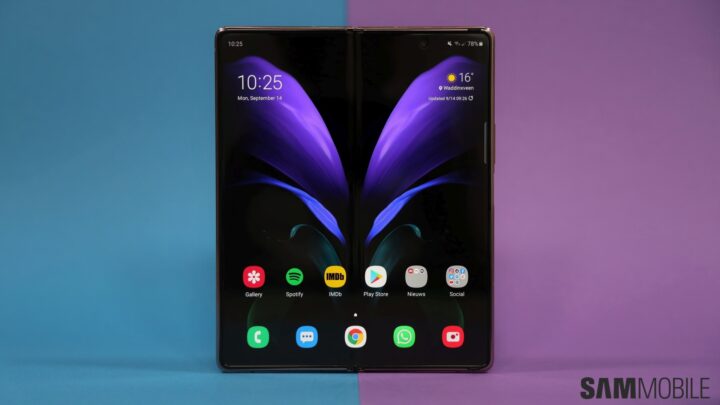 Well, Samsung’s Galaxy Z Fold series has entered the Star Trek universe of the 25th century. In the second episode of the second season of Star Trek: Picardwe see the character of Dr. Agnes Jurati using a device to tap into something as she tries to restore communications between the show’s main characters.

This is where we get our first look at the Galaxy Z Fold series device. The device has a thick crease between the center of the inner screen, similar to what we have on Samsung’s Galaxy Z Fold devices.

In a later scene, Dr. Jurati does something to boost everyone’s signal and opens a teleport window. Here we get an enlarged photo of the device’s fold. As noted 9T05Google, since the filming of Star Trek: Picard season 2 started in early 2021, the Galaxy Z Fold 2 is used in the series.

Additionally, the camera cutout for the front camera is visible, clearly revealing that this isn’t the first-gen Fold, which came with a notch camera cutout on the inner display.