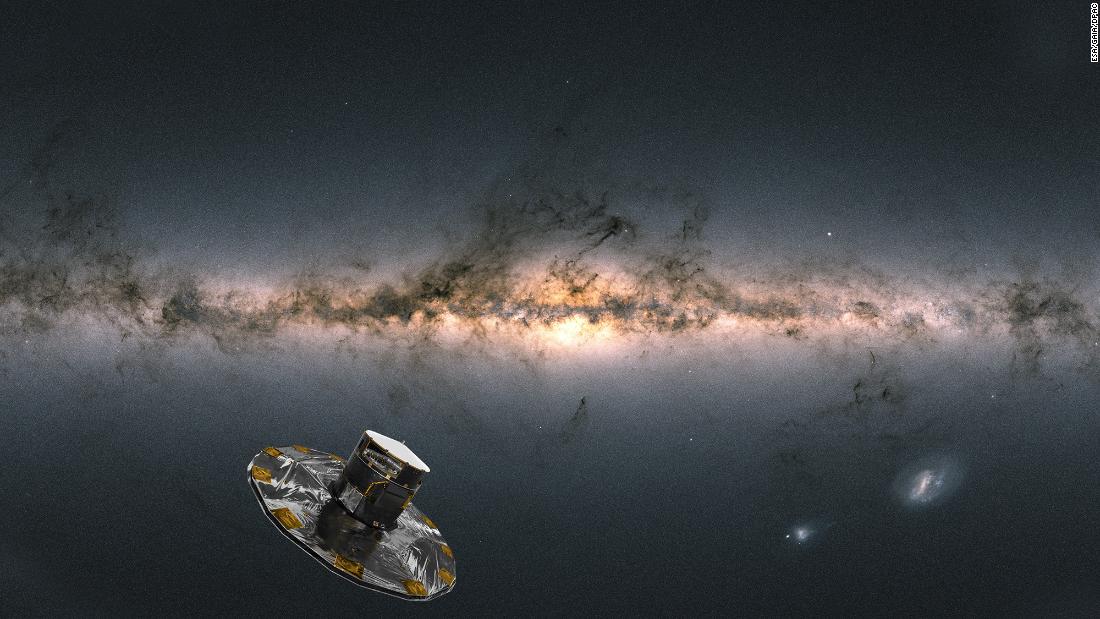 Strange tsunami-like quakes are shaking some of the stars in our galaxy, Gaia spacecraft reveals

By: Adam P. Mathis
In: Galaxy association
Unusual starquakes are among multiple new discoveries made by Gaia, a mission launched in 2013 to create the “most accurate and comprehensive multidimensional map of the Milky Way”. On Monday, the ESA released its third batch of data from the spacecraft, revealing new details about nearly 2 billion stars in our galaxy.

“Starquakes teach us a lot about stars, including their inner workings. Gaia opens up a gold mine for the ‘asteroseismology’ of massive stars,” said Conny Aerts, a professor at the Institute of Astronomy at KU Leuven in Belgium and member of Gaia. collaboration, a group of 400 researchers working on data from the project, in an ESA news item Release.

The agency described the stellar vibrations spotted by Gaia as “large scale tsunamis” which changed the shape of the stars. Gaia was not originally designed to detect the phenomenon but was able to discern strong movements on the surface of thousands of stars, including some where starquakes had rarely been seen before.

Previously, Gaia had detected radial oscillations — divergent movements from a common point — that caused some stars to periodically swell and shrink while retaining their spherical shape. The newly discovered oscillations were not radial.

Gaia is uniquely positioned approximately 930,000 miles from Earth in the opposite direction from the sun. The spacecraft carries two telescopes that can scan our galaxy from a location called Lagrange Point 2, or L2. At this point, the spacecraft is able to stay in a stable place due to the balance of gravitational forces between the Earth and the sun.

It also means that the spacecraft has no interference from terrestrial light and can use the minimum amount of fuel to stay in a fixed position. The vantage point allows Gaia to have an unimpeded view and constantly scan our galaxy.

“With this incredible database, we can build a comprehensive picture of the Milky Way and dive into its incredible formation history, seeing direct evidence of both violent past interactions with other galaxies and internal episodes of intense star formation along the (Milky Way’s) spiral arm,” said Nicholas Walton, a researcher at the University of Cambridge Institute of Astronomy and a member of the ESA Gaia collaboration, in a report.

Much of the latest information about the Milky Way has been revealed by recently released spectroscopy data from Gaia, resulting from a technique in which starlight is split into its constituent colors, like a rainbow.

The data collected by Gaia includes new information about the chemical composition, temperatures, mass and age of stars, as well as how fast they are approaching or moving away from Earth. Detailed information on more than 150,000 asteroids in our solar system and space dust – what lies between stars – has also been released.

“Chemical mapping of Gaia is analogous to DNA sequencing of the human genome,” said George Seabroke, senior research associate for the Mullard Space Science Laboratory at University College London, in a press release from the Royal Astronomical Society.

“The more we know about star chemistry, the better we can understand our galaxy as a whole. Gaia’s chemical catalog of six million stars is ten times larger than previous terrestrial catalogs, so it’s truly groundbreaking. The publications data from Gaia is telling. We know where the stars were and how they move. Now we also know what many of those stars are made of. said Seabroke.

Around 50 scientific papers based on Gaia data will be published on Monday; some will appear in a special issue from the journal Astronomy & Astrophysics.

“Unlike other missions that target specific objects, Gaia is a survey mission,” said Timo Prusti, Gaia project scientist at ESA.

“This means that by repeatedly surveying the entire sky with billions of stars, Gaia is bound to make discoveries that other, more dedicated missions would miss,” Prusti said. “That’s one of its strengths, and we can’t wait for the astronomical community to immerse themselves in our new data to learn even more about our galaxy and its surroundings than we could have ever imagined.”

2022-06-13
Previous Post: The collision of a cluster of giant galaxies triggers a vast shock wave
Next Post: Without Galaxy Watch Classic anymore, the virtual bezel should be removed