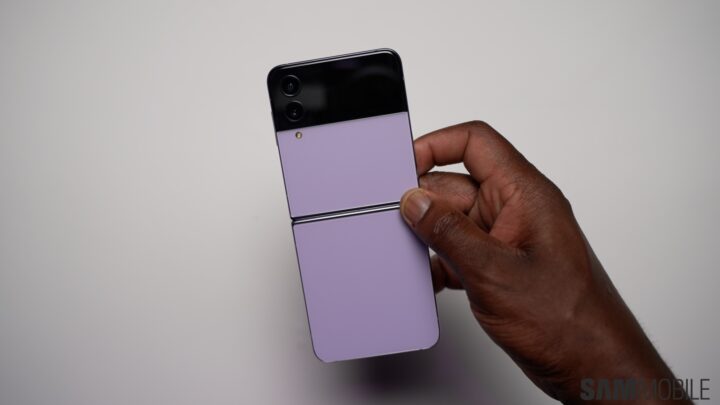 The Galaxy Z Flip 4 surprisingly gives me no battery anxiety

Battery anxiety, or the fear of not having a working phone, affects many people in today’s age where everyone has a smartphone in their pocket. It’s a condition that’s technically called nomophobia (short for no mobile phobia) – seeing your phone’s battery drop to critical levels when you don’t have a charger nearby can be a bummer for many.

And on flagship Android phones, battery anxiety is usually more severe than on mid-range or budget phones. Flagship devices have plenty of processing power and other fancy features (like high refresh rate displays or amazing cameras to capture all your important moments) that consume more power, and with so much hardware packed into a flagship phone, there usually isn’t enough space for a battery as large as what we see on non-flagship phones.

Even Samsung’s Galaxy S Ultra series, which has offered 5,000 mAh batteries since Samsung started selling the high-end Galaxy S series smartphones with the Ultra moniker, doesn’t give you incredible battery life. Some people do, but most would agree that the endurance of these devices just isn’t as good as a cheaper phone with the same size battery.

So it’s only natural for us to scoff at flagship Android phones with less than 4,500mAh battery, and Samsung’s Ultra line of flagship phones haven’t really done much to convince customers otherwise. But, oddly enough, the Galaxy Z Flip 4, with its tiny 3,700mAh battery, works just fine every day, and here are three ways the phone doesn’t give me any battery anxiety.

1. It has impressive endurance despite its tiny battery

Yes, the first main reason why the Galaxy Z Flip 4 doesn’t give me battery anxiety is because it has really good battery life for a phone with such a small battery. Even if you factor in the new Snapdragon chip or the fact that Samsung may have made some special optimizations to its new foldables, the Z Flip 4’s excellent battery life defies all logic, and that’s great.

Of course, part of that could be because I don’t use its cameras much (mainly because there’s no zoom camera, or even a 50MP main camera like the Galaxy S22 which can shoot in full resolution and allow you to digitally zoom in for more detail). Or how the main screen isn’t as bright as Samsung’s Candybar phones.

But all things considered, a 3,700mAh battery on a phone with flagship features just isn’t meant to last as long as it does on the Z Flip 4. That’s impressive and solves what was one of the biggest problems with the Samsung Galaxy Z Flip. line since its conception.

2. If the battery runs low, you now have 25W fast charging to quickly get you back on track

It took a while, but Samsung finally introduced 25W charging to the Z Flip series with the Z Flip 4. It’s not the fastest compared to other phones, most of them with bigger batteries, but it’s still fast enough to get you back on track quickly. Well, at least if you already have a 25W charger from Samsung or are buying one, because there’s no 25W charger (or any charger) included in the box.

3. Z Flip 4 does not randomly turn off when battery reaches 5% or less

This has been a problem with Samsung phones in general for the past few years – once the battery drops to 5% there’s no way of knowing when it might run out completely. Galaxy phones can burn that last 5% charge much faster than when the battery level is above 5%. It basically becomes luck of the draw and it’s best to reach the charger as quickly as possible once the last low battery warning sounds.

On the Z Flip 4, this is not the case. Even after its battery drops to 5%, it continues to discharge normally. In fact, you can take full advantage of the phone when the battery level drops to single digits or leave it unused and find it running when you pick it up half an hour later. Something like the Galaxy S22 Ultra, meanwhile, can shut down at any time once it’s at 5% battery or less, and that’s with a considerably larger battery powering it!

Overall, the Galaxy Z Flip 4 is a neat little thing that lasts just as long on a single charge, much longer than any previous Galaxy Z Flip smartphone and even some other Galaxy devices with larger batteries. What is the magic trick behind this? I’m not sure, but Samsung has pulled off something almost miraculous with the Z Flip 4 in my opinion, and I can’t wait to see where the company takes its flip-phone-style foldables in the future.