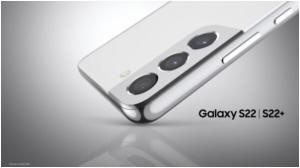 
The causes of the recent Samsung Galaxy S22 series Game Optimization Service (GOS) controversy are expected to be revealed as early as next month as Qualcomm is expected to unveil its new application processor (AP), the Snapdragon 8 Gen1 Plus. , starting next month.

The reason the focus is on Qualcomm’s new hotspot is that it’s produced by TSMC, not Samsung Electronics which produced the previous chip, the Snapdragon 8 Gen1.

The Snapdragon 8 Gen1 AP has been cited as one of the causes of the GOS issue. The AP had a tendency to overheat and to fix this problem, Samsung weakened the performance of Galaxy S22 smartphones with the GOS program.

Leading overseas IT parts rating agencies have eliminated Samsung Galaxy S22 phones from their benchmarking list, claiming that Samsung has exaggerated the performance of its flagship smartphones.

Qualcomm would have decided to release a new product earlier than initially planned to appease this controversy. Industry insiders believe Qualcomm changed its manufacturing partner from Samsung to TSMC in order to confirm differences in yield or manufacturing process.

However, if the heat issue persists, Samsung will be held harmless as the issue can be considered as a result of chip design.

In fact, Taiwanese IT experts are cautiously speculating that the heat issue doesn’t seem to have been properly addressed even in the new TSMC chip. If the new chip has a heat-generating problem, as Taiwanese IT experts speculate, Qualcomm’s status will fall in the AP market.