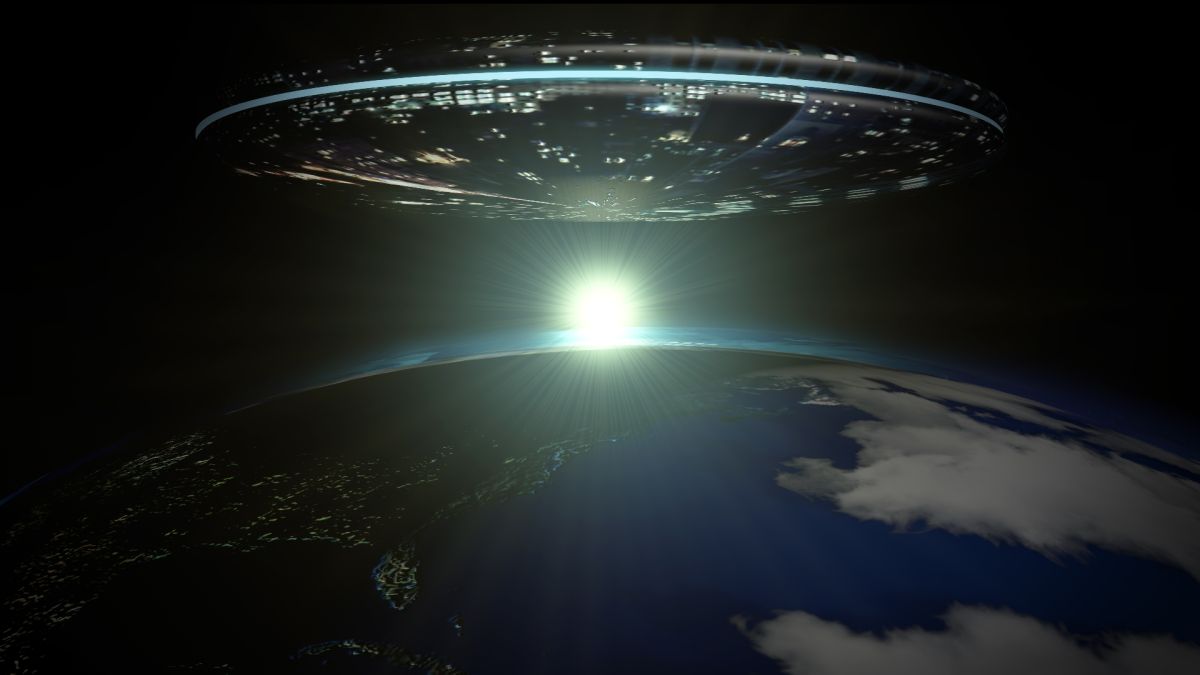 There may be 4 evil alien civilizations in the galaxy

The Milky Way is home to millions of potentially habitable planets – and about four of them could be home to evil alien civilizations invading Earth if they could, new research published in the preprint database arXiv (opens in a new tab) suggests.

The new paper, which has not yet been peer-reviewed, poses a particular question: what are the odds that humans may one day contact a hostile extraterrestrial civilization capable of invading our planet?

To answer this question, the study’s sole author, Alberto Caballero, a doctoral student in conflict resolution at the University of Vigo in Spain, started by looking at human history before turning to the stars.

“This paper attempts to provide an estimate of the prevalence of hostile extraterrestrial civilizations through an extrapolation of the likelihood that we, as a human civilization, would attack or invade inhabited territory. exoplanet“, wrote Caballero in the study.

Related: 9 things we learned about aliens in 2021

(Caballero is not an astrophysicist, but he published a study on the infamous Wow! signal – a potential sign of extraterrestrial life – in the peer-reviewed International Journal of Astrobiology (opens in a new tab).)

To reach his estimate, Caballero first counted the number of countries that invaded other countries between 1915 and 2022. He found that a total of 51 of the world’s 195 nations had launched some kind of invasion during of this period. (The United States topped the list, with 14 invasions tallied during that time.) Then he weighted each country’s likelihood of launching an invasion by that country’s percentage of global military spending. (Again, the United States leads with 38% of global military spending.)

From there, Caballero added each country’s individual probability of being the source of an invasion, then divided the sum by the total number of countries on Earth, to get what he describes as “the current human probability of invasion by an extraterrestrial civilization”.

According to this model, the current probability of humans invading another inhabited planet is 0.028%. However, Caballero wrote, this probability refers to the current state of human civilization – and humans are currently not capable of interstellar travel. If current rates of technological progress continue, then interstellar travel would not be possible for another 259 years, Caballero calculated using the Kardashev scale (opens in a new tab) — a system that categorizes the degree of advancement of a civilization according to its energy expenditure.

Assuming that the frequency of human invasions continues to decline over this period at the same rate that invasions have declined over the past 50 years (an average of minus 1.15% per year, according to Caballero’s article), then the human race has a 0.0014% probability of invading another planet when we would potentially become an interstellar civilization, or type 1, in 259 years.

That may seem very thin – and it is, until you start multiplying it by the millions of potentially habitable planets in the Milky Way. For his final calculation, Caballero turned to a 2012 article published in the journal Mathematical SETI (opens in a new tab)in which researchers predicted that up to 15,785 extraterrestrial civilizations could theoretically share the galaxy with humans.

Caballero concluded that less than one of the Type 1 civilizations – 0.22, to be precise – would be hostile towards humans who come into contact. However, the number of malevolent neighbors increases to 4.42 when taking into account civilizations that, like modern humans, are not yet capable of interstellar travel, Caballero says Vice News (opens in a new tab).

“I don’t mention 4.42 civilizations in my article because 1) we don’t know if all civilizations in the galaxy are like us…and 2) a civilization like ours probably wouldn’t pose a threat to another since we don’t have the technology to travel to their planet,” Caballero told Vice.

Four hostile alien powers don’t seem too ominous. Moreover, the likelihood that humans could contact one of these malicious civilizations – and then be invaded by them – is extremely low, Caballero added.

“The probability of an alien invasion by a civilization from which we are sending a message to the planet is… about two orders of magnitude less than the probability of a collision of planet-killing asteroids,” he said. he writes in his article – adding that planet-killing asteroids, like the one that doomed the dinosaursare 1 in 100 million year events.

Although Caballero’s study presents an interesting thought experiment, the author admits that his model has limitations. The probability of invasion is based on a very narrow slice of human history, and it makes many assumptions about the future development of our species. The model also assumes that extraterrestrial intelligence will have brain compositions, values ​​and a sense of empathy similar to humans, which may simply not be the case, Caballero told Vice.

“I made the paper based purely on life as we know it,” he said. “We don’t know the minds of extraterrestrials.”

And according to the facts, it will still be at least a few hundred years before we do.