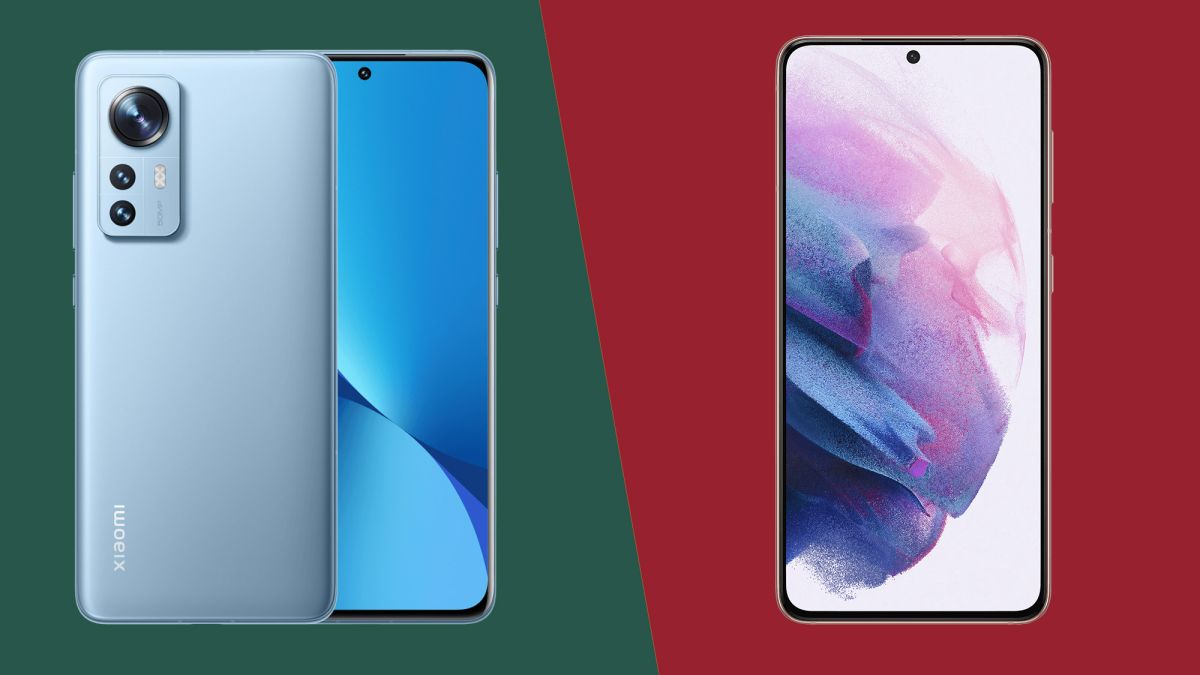 Xiaomi 12 vs Samsung Galaxy S21: Xiaomi tries to beat Samsung at its own game

With a subtle shift in focus and size reduction, the Xiaomi 12 clearly takes on the Samsung Galaxy S21 on the turf of compact flagship phones.

With the Samsung Galaxy S22 just around the corner – a phone that by all reports is very similar to its predecessor – it will be interesting to see how these two phones compare.

We haven’t had a chance to familiarize ourselves with the Xiaomi 12 yet, but here’s how it compares to the phone that clearly inspired it.

The Xiaomi 12 arrived in its Chinese home market on December 31. We don’t know when the phone will get a global launch, but it seems likely to be in February or March.

The phone’s initial price in China is CNY3,699, or around $580/£430/AU$800. Naturally, the final price in the West will be a bit different, but the fact remains that this is an even more affordable flagship phone than the Xiaomi Mi 11 before it.

Naturally, with the phone being in the market for a while, you can get the Galaxy S21 cheaper if you shop around. These prices will drop further when the Galaxy S22 arrives.

Even so, the Xiaomi 12 is clearly set to be the more affordable phone of the two.

It’s hard to know which phone is bigger. However, the Galaxy S21 is significantly lighter at 169g versus 179g.

Part of that difference comes down to battery size, which we’ll discuss in the appropriate section. However, another point to note is that the back cover of the Galaxy S21 is formed from a plastic material that Samsung calls “Glasstic”, while the Xiaomi 12 uses the much classier (and heavier) Gorilla Glass Victus.

We prefer the curved “Contour Cut” camera module design of the Galaxy S21, however. It flows through the body much more seamlessly and generally makes an attractive feature of an often distracting component.

Xiaomi has unfortunately stepped back from its own curved camera module design introduced in the Xiaomi Mi 11. In its place is a rather generic rectangular module, which looks more like Samsung’s own Galaxy Note 20.

The Xiaomi 12 wins some style points with its curved screen, while the Galaxy S21 opts for a more practical but less desirable flat screen. Speaking of displays…

As we discussed, these are two of the most compact Android flagships on the market, meaning both phones have smaller than average screens.

Both phones have 2400 x 1080 (FHD+) resolutions and both use vibrant OLED panels with super smooth 120Hz refresh rates.

Samsung gets a win on the brightness front, with a peak output of 1300 nits. The Xiaomi 12 gets very bright, but only to the tune of 1100 nits.

We will have to look at the Xiaomi 12 to determine the quality of its display. All we know for sure is that the Galaxy S21’s display is very high quality and it takes a brave person to bet against Samsung’s display tech in any head-to-head. .

Samsung and Xiaomi have taken fascinating approaches with their camera technology. There really isn’t much they share on paper.

Both are three-camera systems, but the nature of those cameras differs a bit.

But the real difference comes from this third sensor. The Xiaomi 12 comes with a slightly gimmicky “telemacro” – so undeniably cool, judging by the previous Xiaomi Mi 11 iteration – 5MP. This allows you to take extreme close-ups from a reasonable distance.

In the opposite corner, the Samsung Galaxy S21 gives you a 64MP telephoto sensor, for 1.1x optical zoom shots and 3x hybrid zoom shots.

We’d go with Samsung’s ‘holy trinity’ approach any day, as providing a telephoto lens simply gives you more shooting options in more everyday situations. If you really like macro photos, of course, your opinion may vary.

On the selfie front, the Samsung Galaxy S21 gives you a 10MP sensor, while the Xiaomi 12 relies on a more impressive-sounding 32MP sensor. Of course, these are small sensors, so more pixels doesn’t necessarily mean better selfies.

We’re looking at two phones that are a year and a generation apart here, so there’s an obvious performance gap. The Xiaomi 12 runs on the latest Snapdragon 8 Gen 1, while the Samsung Galaxy S21 runs on two of the previous generation chips.

Whichever chip you’re talking about, the Xiaomi 12 comes out on top when it comes to performance stakes. The Snapdragon 8 Gen 1 might not be a significant improvement in the CPU stakes (at least according to early benchmarks), but its GPU is a nice step up.

We’ll have to wait and see if the Xiaomi 12 performs well in everyday use, of course. The Galaxy S21 might not have that much headroom, but if it’s been better optimized and has more stable software, that hardware advantage won’t matter too much.

Both phones have decent stereo speakers, the Galaxy S21 provided by AKG and the Xiaomi 12 tuned by Harman Kardon.

The Xiaomi 12 is slightly thicker and heavier than the Samsung Galaxy S21, and that’s partly down to its larger battery. It packs a 4,500mAh cell, while the Galaxy S21 only has a 4,000mAh equivalent.

It remains to be seen how good the endurance of the Xiaomi 12 is, but we weren’t too impressed with the Xiaomi Mi 11 in 2021.

That said, we weren’t too impressed with the Galaxy S21’s endurance either. Our reviewer could usually go a full day on a single charge, but heavier use would tend to drain the tank before bedtime.

Samsung, on the other hand, only provided 25W charging support, and you don’t even get the brick in the box.

Wireless charging shows a similar gap: 50W for the Xiaomi, 15W for the Samsung. The latter really needs to up his game in this department.

Xiaomi has clearly modeled the Xiaomi 12 on the Samsung Galaxy S21 this year. Like Samsung’s phone, it’s smaller and cheaper than its predecessor, offering a tempting alternative to the more premium flagship crowd.

It remains to be seen whether Xiaomi was successful with this decision, which can be considered a managed downgrade in some respects. Samsung only partially succeeded with its own attempt, so there’s certainly room for the Xiaomi 12 to do better.

With more power and a more premium design than the Galaxy S21, Xiaomi seems to be on the right track. This will depend on the software, camera quality, battery life and overall feel of the Xiaomi 12, which we cannot judge until the global model is rolled out.

Back to Mobile Phones

2022-02-05
Previous Post: Samsung’s Galaxy S21 series and other great devices are getting massive discounts
Next Post: Flashback: Samsung Galaxy S7 and S7 edge corrected mistakes of the past